Mizzou Adds Commitment from Francesca Smith for Class of 2027 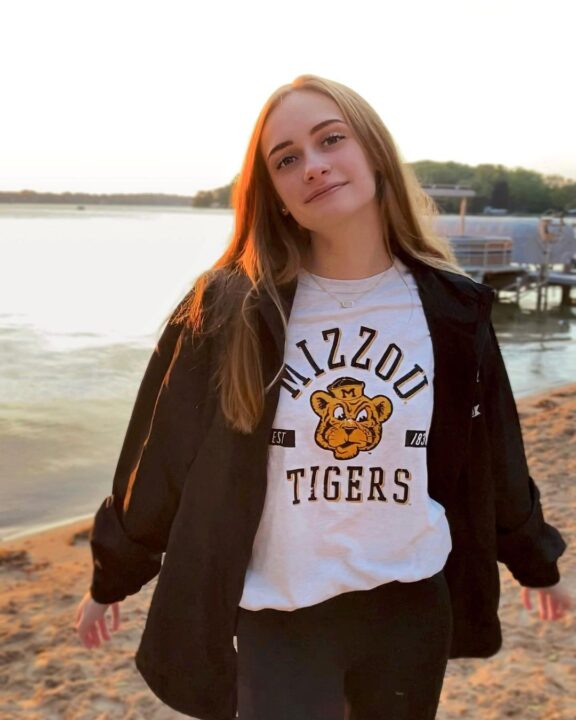 One of the top swimmers in Wisconsin, Francesca Smith has announced that she will be becoming a Mizzou Tiger in the fall of 2023.

A two-event high school state finalist in 2020, Francesca Smith has announced that she will be heading south after her high school graduation, committing to swim at the University of Missouri. Smith is from Oconomowoc, Wisconsin where she swims with the Lake Country Swim Team and attends Arrowhead High School.

With over a year and a half of high school left to improve, Smith already holds times that would make her competitive with the team at Missouri. Last season, her top times would have put her in the top-8 on the Mizzou team.

Last year, the Tiger women came in 7th at the Southeastern Conference Championship. The team’s top performer at the meet was Sarah Thompson, who was a finalist in both the 50 and 100 free, as well as the silver medalist in the 100 back. The team had five swimmers across the three finals of the 50 free and 100 free. The team was a bit weaker in the 200 free, with their only finalist being Sierra Smith and SJ Porter in the C-final of the event.

IF YOU HAVE A COMMITMENT TO REPORT, PLEASE SEND AN EMAIL WITH A PHOTO (LANDSCAPE, OR HORIZONTAL, LOOKS BEST) AND A QUOTE TO [email protected].