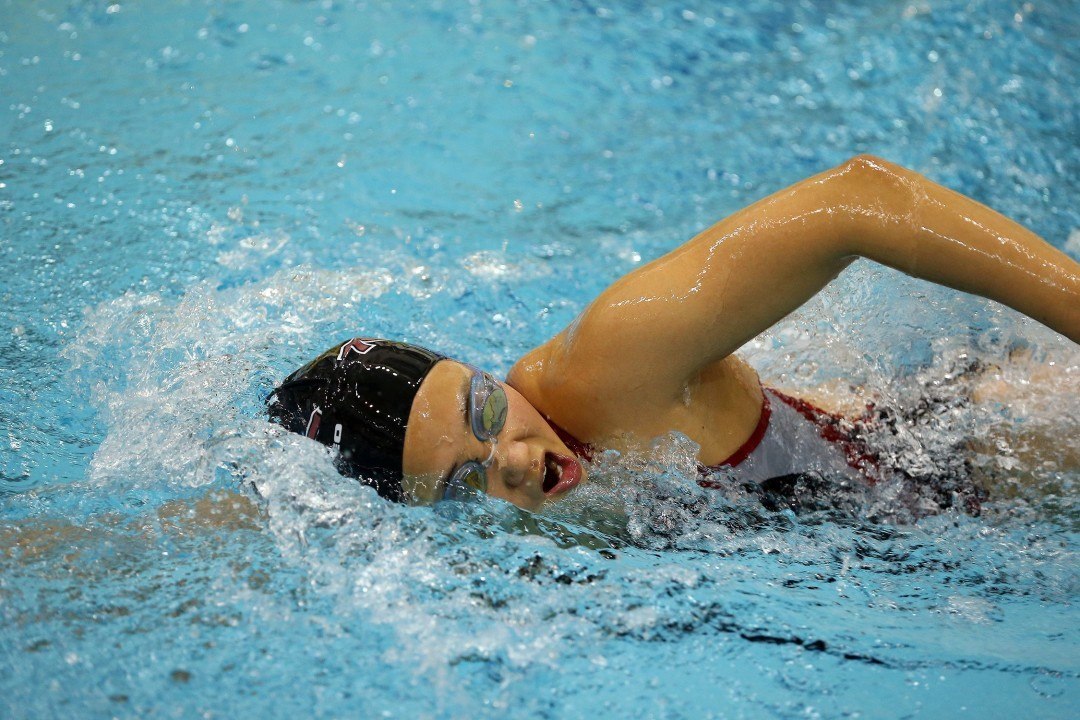 The following is a press release from MIT’s Athletic Website.

CAMBRIDGE, Mass. – Following a successful junior season this winter as a member of the Engineers’ swimming and diving team, MIT’s Margaret Guo (San Diego, Calif.) was one of four MIT recipients to receive the Barry Goldwater Scholarship Award, as announced on Tuesday. Guo was selected for the award on the basis of academic merit from the field of 1,206 candidates nominated by the university faculty nationwide.

The Barry Goldwater Scholarship and Excellence in Education Program was established in 1986 by Congress to honor Senator Barry Goldwater, who served for 30 years in the U.S. Senate. The program encourages students to pursue careers in math, the natural sciences and engineering.

Guo, who is double-majoring in electrical engineering and computer science and biological engineering, became the seventh MIT student-athlete to receive the NCAA Elite 89 Award prior to her team’s seventh-place performance at this year’s NCAA Division III Swimming and Diving Championship meet. She earned All-America honorable mention in the 200 Medley Relay and is a two-time New England Women’s and Men’s Athletic Conference first-team All-Conference honoree in the 200 Medley Relay and 400 Medley Relay. Guo also received Academic All-Conference honors and was selected to the Capital One Academic All-District team.

Planning to conduct research to increase understanding of biological systems, Guo told the MIT News Office, she plans to focus “on engineering tractable models…for the purpose of supporting clinical decision making or improving biomedical systems and devices.” She began this research as an intern with Medtronics where she developed a new generation pacemaker. Guo also has conducted research with Professor Linda Griffith, the School of Engineering Professor of Teaching Innovation and a professor of biological and mechanical engineering, by working on image and statistical analysis tools used in an organ model for endometriosis.