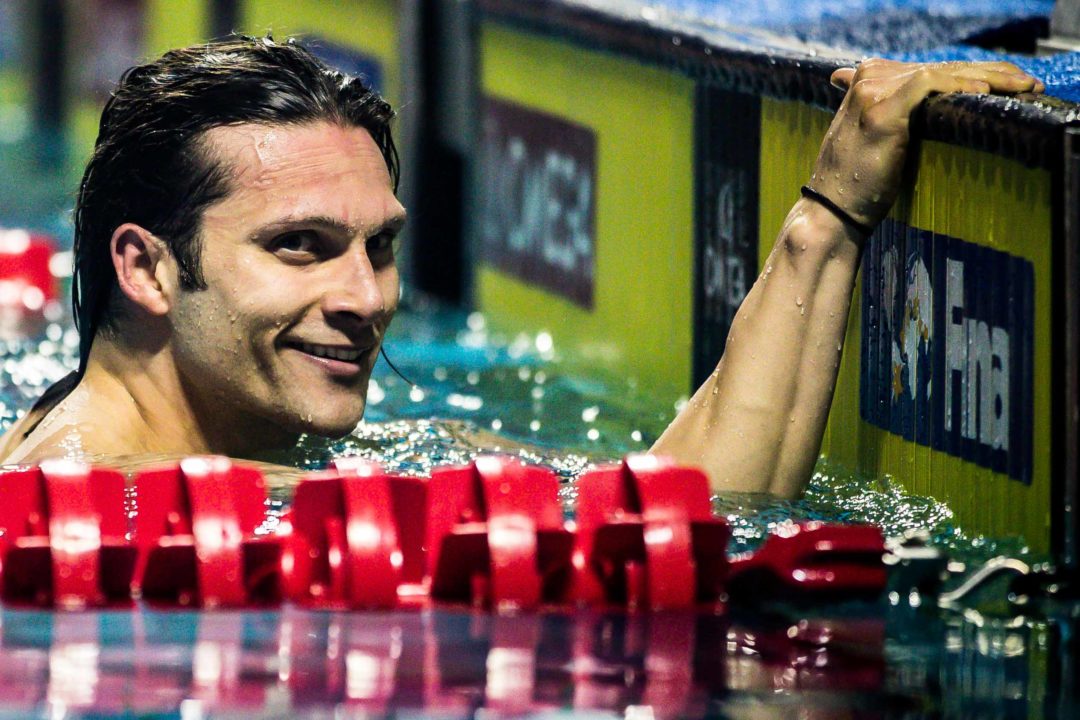 Miller, who earned bronze in the 100 breast at the Rio Olympics, raced to a 1:50.87 in the 200 breast. That's his 3rd fastest swim ever in the event. Archive photo via Jack Spitser/Spitser Photography

After winning the 100 breast on Friday, Indiana-based Olympian Cody Miller (SAND) picked up another breaststroke win on Saturday night at the 2019 KMSC Pro-Am. Miller, who earned bronze in the 100 breast at the Rio Olympics, raced to a 1:50.87 in the 200 breast. That’s his 3rd fastest swim ever in the event. The only times he’s been faster were in 2015 and 2017, when he broke 1:50.

Fellow post-grads Giles Smith and Bryce Bohman added to their win total at this meet. Smith won the 50 fly in 21.09. He also won the 50 free, which went into a shootout style format, with his fastest time of the day being a 20.09. Bohman was the 100 back champ in 46.20.

Teammate Katie Grimes, 13 years old, continued her trend of impressive drops. Grimes came into this meet with a best of 4:52 in the 500. She knocked that all the way down to a 4:45.51 to win the final.