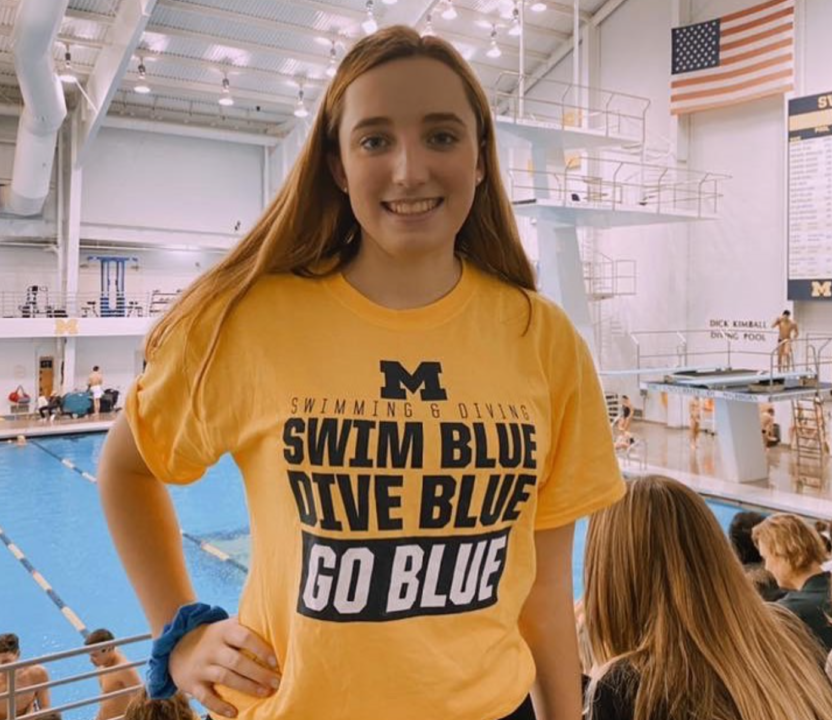 High School juniors Annie Costello and Maddie Seltzer have announced their verbal commitments to dive for the University of Michigan beginning in the fall of 2021.

Costello attends Huron High School located in Ann Arbor, Michigan. She is also a member of the Legacy Diving club where she is coached by Daniel Gironza.

Costello is also a multiple time USA Diving National Championships qualifier. Last August, at the 2019 edition of the meet, she competed on both the 1-meter and 3-meter springboard in the 16-18 age group. She finished 15th on the 1-meter and 19th on the 3-meter.

Seltzer is from Scarsdale, New York where she attends Scarsdale High School. She also competes for the Marlins Dive Club where she is coached by Dylan Korn.

Seltzer also competed at the 2019 AAU National Championships where she was the national champion on the 3-meter in the 16-18 age group.

Costello and Seltzer will be joining a Michigan team who finished second at last year’s Big-10 Championships, falling to Indiana by less than 90 points. Diving was an area of weakness for Michigan as they failed to place a diver in the A-final of any diving event. Indiana outscored them by 39.5 points, nearly half of their total points deficit, across the three diving events.