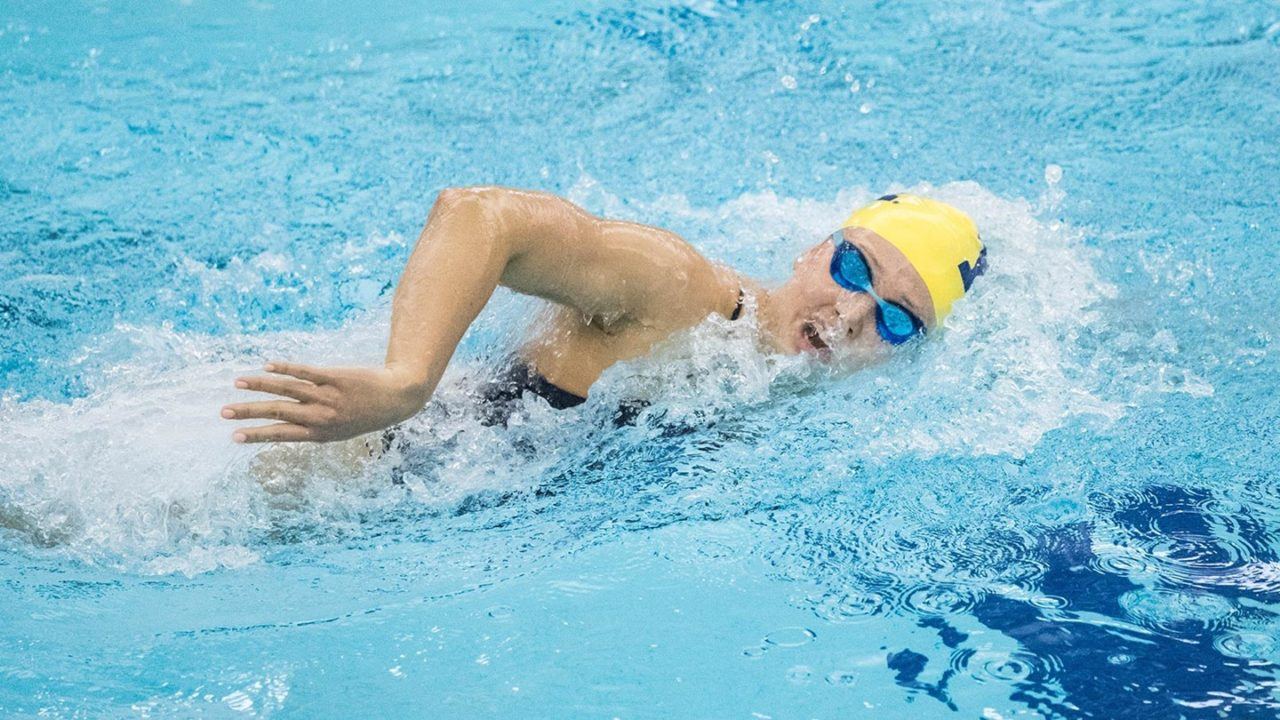 The time is tied with Texas for 3rd fastest in the NCAA this season. Stock photo via Michigan Athletics

Maggie MacNeil, Catie DeLoof, Daria Pyshnenko, and Siobhan Haughey teamed up to win Michigan its second free relay title of this Big Ten Championships, and did so in Big Ten meet record fashion. MacNeil led off in 21.83, and was followed by splits of 21.64, 22.04, and 21.33 respectively, for a final time of 1:26.84. In addition to the meet record, it was also an IU COunsilman Billingsley Aquatic Center pool record, and was good enough to win the event by over a second. Haughey’s 21.33 anchor was the fastest split in the field, although, it is arguable that MacNeil could have been faster if she’d gotten a relay start.

The time is tied with Texas for 3rd fastest in the NCAA this season. NC State and Tennessee were slightly faster at their conference meets last night. For more context, the time would have been 3rd in finals at NCAAs last year.