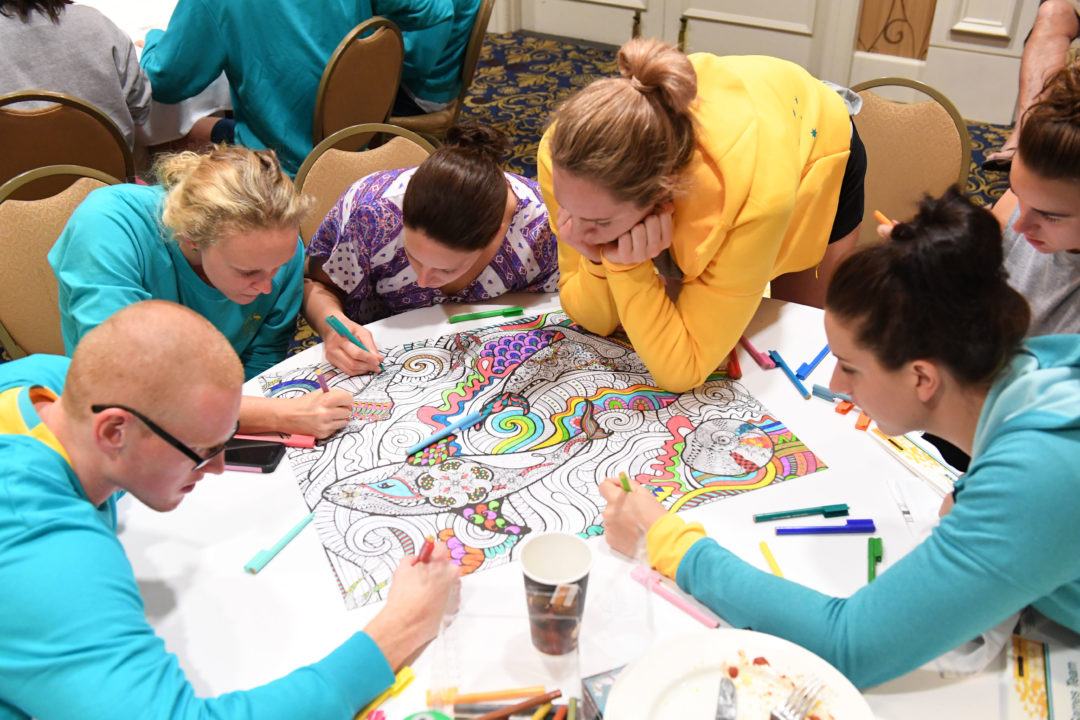 The Australian swim team is finding time outside of hard training to relax and strengthen the team dynamic with little time to go before Rio. Current photo via Delly Carr / Swimming Australia Ltd.

The Australian Olympic team has been at their training camp hosted by Auburn University in the U.S. with under two weeks to go before the start of the Olympics.

Relay coach Michael Bohl spoke on how the training is going so far, and specifically talked about how they’ve been focusing on relay takeovers in preparation for Rio.

“When you come together in this camp we’re all here in the one place so it’s an opportune time to work on the changeover and try to get that team spirit and comradery going within the group.

They’ve got to be there for each other, they’ve got each other’s backs. They’ve got to try and pull together; we’ve only got 12 days until the meet starts, so for the next 12 days every time we get up and do relay changeovers they’ve got to make sure they’re pulling together as a group, but also in the dining hall when they’re sitting around. I think having that group dynamic for those relays is really important.

Kyle Chalmers will swim in the 4×100 free relay in Rio, along with the individual 100 free. (photo: Delly Carr / Swimming Australia Ltd.)

I think we saw some good performances in Kazan and I think that hopefully gave us an insight into what is going to happen in Rio. Things don’t always go to plan, of course, but I think the results there were very encouraging and I think it’s given the group a real shot in the arm. There’s a great feel within the group, both with the staff, the coaches and the swimmers of course,” Bohl said.

The Australians are known for their sprint freestyle depth, especially on their women’s team. The Aussie women are favored to win the 4×100 free relay in Rio, and are led by Bronte and Cate Campbell along with Emma McKeon, as each of these three women have broken 53 seconds this season. Cate Campbell, meanwhile, snipped the world record by a hundredth just three weeks ago.

The Aussie men have a hammer leg with Cameron McEvoy, who nearly cracked 47 seconds recently, and will battle with the Americans and the French for gold the men’s 400 free relay. Though relay takeovers are far from the norm at the Olympic Games, an early jump can cost a country an Olympic medal.