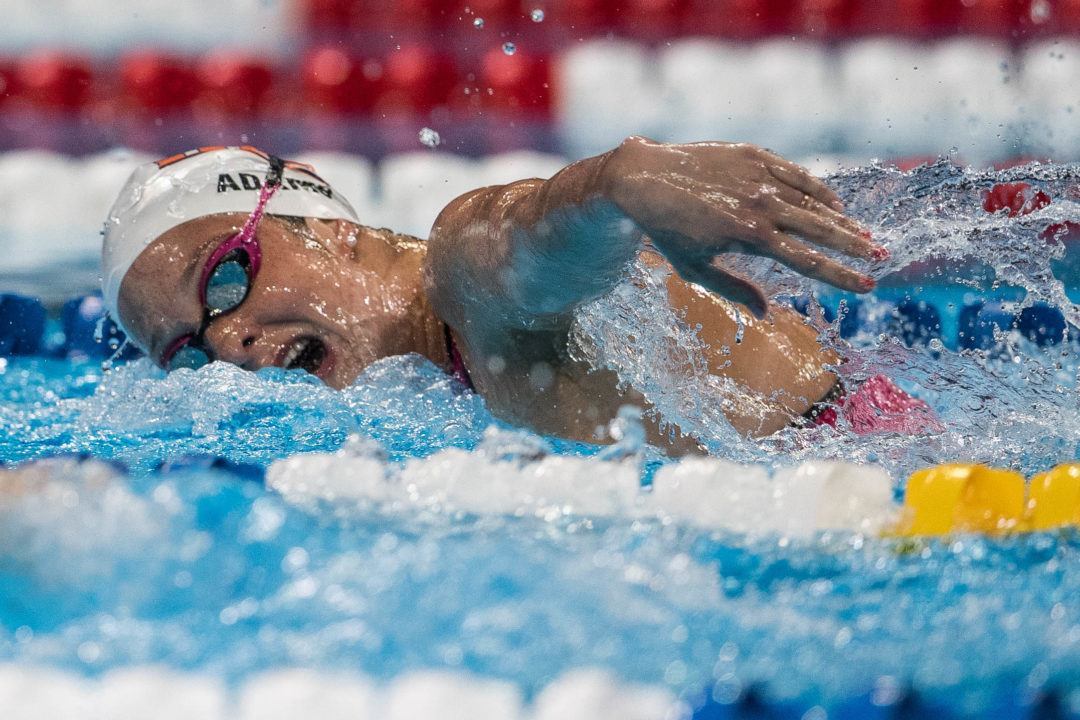 USA Swimming has begun uploading videos introducing the 2016 American Olympic swimmers, a short video with the swimmer talking about where they grew up, what brought them to swimming, and other interesting things that have occurred throughout their career.

The first up is Cammile Adams, who qualified for her second straight Olympic team in the 200 butterfly. In the video Adams discusses why she chose to swim the 200 fly, her love for country music and how her roommate freshman year of college Sarah Henry was the motivation behind her making her first Olympic team in 2012.

After nearly qualifying for the 2009 World Championships while still in high school, Adams opted to go to college at Texas A&M where her career began to take off. She finished in the runner-up position at the NCAA Championships in her first two years, followed by two consecutive wins in her junior and senior years. Adams went onto qualify for the 2012 Olympics in the 200 fly, and just missed a spot in the 400 IM. She finished 5th at the Olympics.

Adams has gone on to represent the US internationally every year since, starting with a 7th place finish at the 2013 World Championships in Barcelona. She then won gold at the 2014 Pan Pacific Championships in Australia, and then had arguably biggest swim of her life at the 2015 World Championships in Kazan. Turning 7th at the 100m wall, Adams came home strong to win silver in a new best time of 2:06.40. She improved her time at the Moscow World Cup a week later, posting a personal best of 2:06.33.

After initially being disqualified in the prelims of the 200 fly at the US Olympic Trials, it was overturned and Adams went on to win and qualify for her second Olympic team in 2:06.80. That time puts her 7th in the world this year, in what will be a very close race in Rio. Places 1-10 in the world this year are separated by just 1.6 seconds.