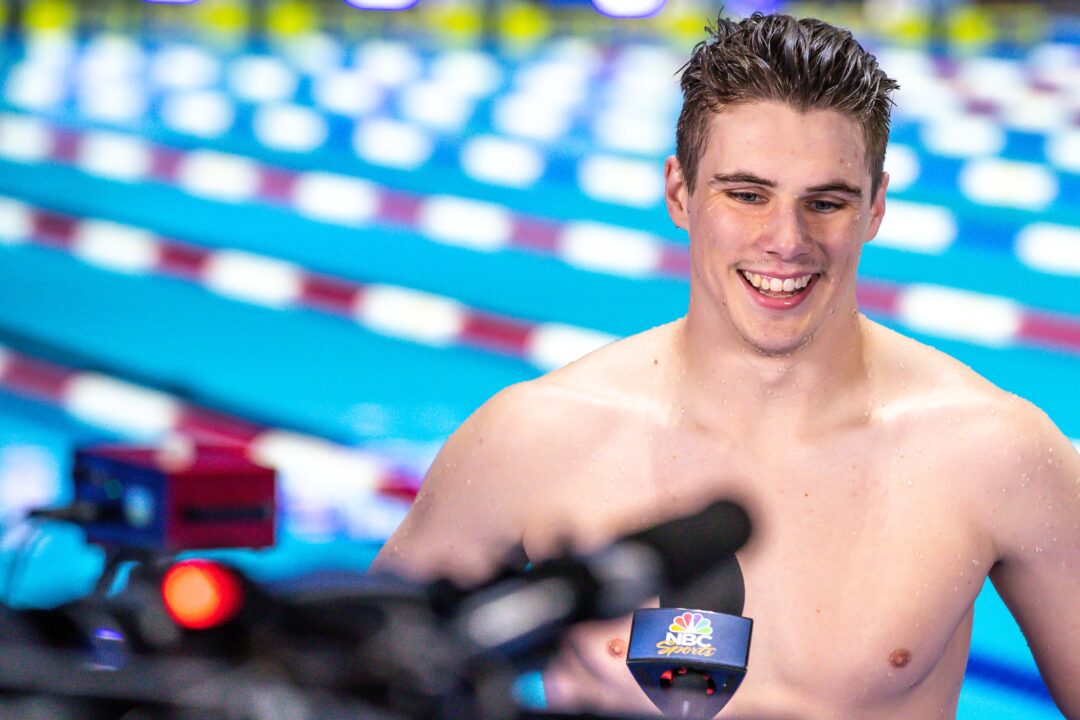 In a very tight final, Micah Slaton and Aaron Sequiera’s well-timed finishes led them to the top times in the heat, both dropping PRs in prelims and finals Current photo via Jack Spitser/Spitser Photography

In a very tight final, Micah Slaton and Aaron Sequiera’s well-timed finishes led them to the top times in the heat. Both Slaton and Sequeira swam lifetime bests in prelims and finals today, and both came in under the Wave II cut. Carl Bloebaum, who won the 200 fly decisively earlier in the meet, was left just outside advancing to Wave II in another event. However, Bloebaum still swam a lifetime best tonight, and came in under the Wave II standard, for what it’s worth.

I think the man in that video is my dad

The kind of “From The Heart” story that we love to hear – esp. when they involve swimming and making the dream happen – Bravo!

SwimSwam (specifically Coleman) has done a great job at finding these under the radar stories about swimmers. People like Blake Hanna (who went from College Club Swimming to NCAAs/Wave II qualification) and that female Tennessee swimmer who’s name I’m forgetting but dropped a TON of time at SECs. Props to SwimSwam, we’re spoiled by them