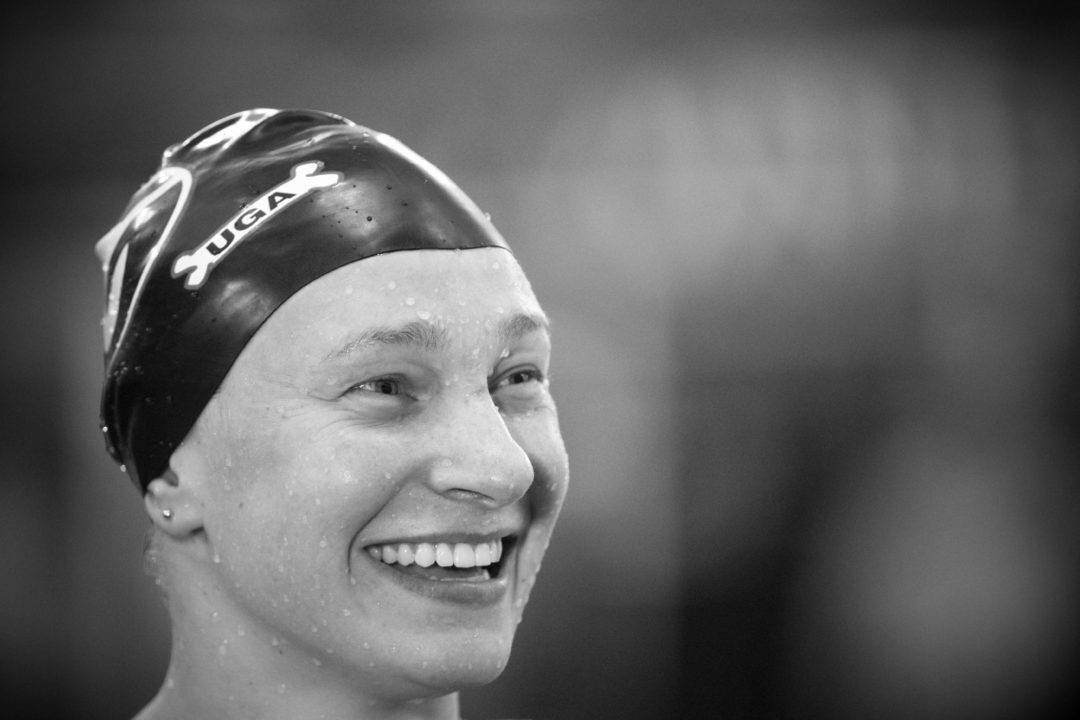 Melanie Margalis, racing as part of the Cali Condors team, broke her own American Record in the 200 short course meter IM on Sunday. Archive photo via Mike Lewis/Ola Vista Photography

Versatile IMer Melanie Margalis broke her own American Record in the 200 IM on day 2 of the International Swimming League’s inaugural meet in Indianapolis, Indiana.

Margalis swam a 2:04.18 to win the race ahead well ahead of her Cali Condor’s teammate Kelsey Wog, who was 2nd in 2:06.27. That time broke Margalis’ own American Record of 2:04.62 that was set at the 2018 World Short Course Championships in Hangzhou, China.

Margalis had the fastest split of the field on every leg of the race, with the big separation from Wog coming, ironically, on the breaststroke. Wog was the runner-up in the individual women’s 200 breaststroke race on Saturday. Margalis outsplit Wog there 35.38 to 36.24 after the two were separated by just .08 seconds heading into that leg.

USA Swimming has confirmed that they will ratify American Records done at ISL meets, presuming all standards are met, including a course measurement.

The World Record in the 200 IM is a 2:01.86, held by Katinka Hosszu. Margalis will face stiffer competition from the likes of Ella Eastin and Kathleen Baker in November at the U.S. derby meet in Washington D.C., and then if the Condors make the final (which they project to do as of now), she’ll also run into more of the Group B international stars like Sydney Pickrem and Katinka Hosszu.

Group A, in which Margalis and the Condors will race their first 2 meets, is the weaker of the two groups in the women’s IM races.

In her other individual event, the 400 IM, Margalis swam 4:25.77, which was about a second short of Caitlin Leverenz’s 2011 American Record in that event. While Margalis is among the most versatile women in American swimming and could swim more than 2 events, the Condors are set up in such a way as to have a lot of depth in her alternate races, which limited her entries and value this weekend.