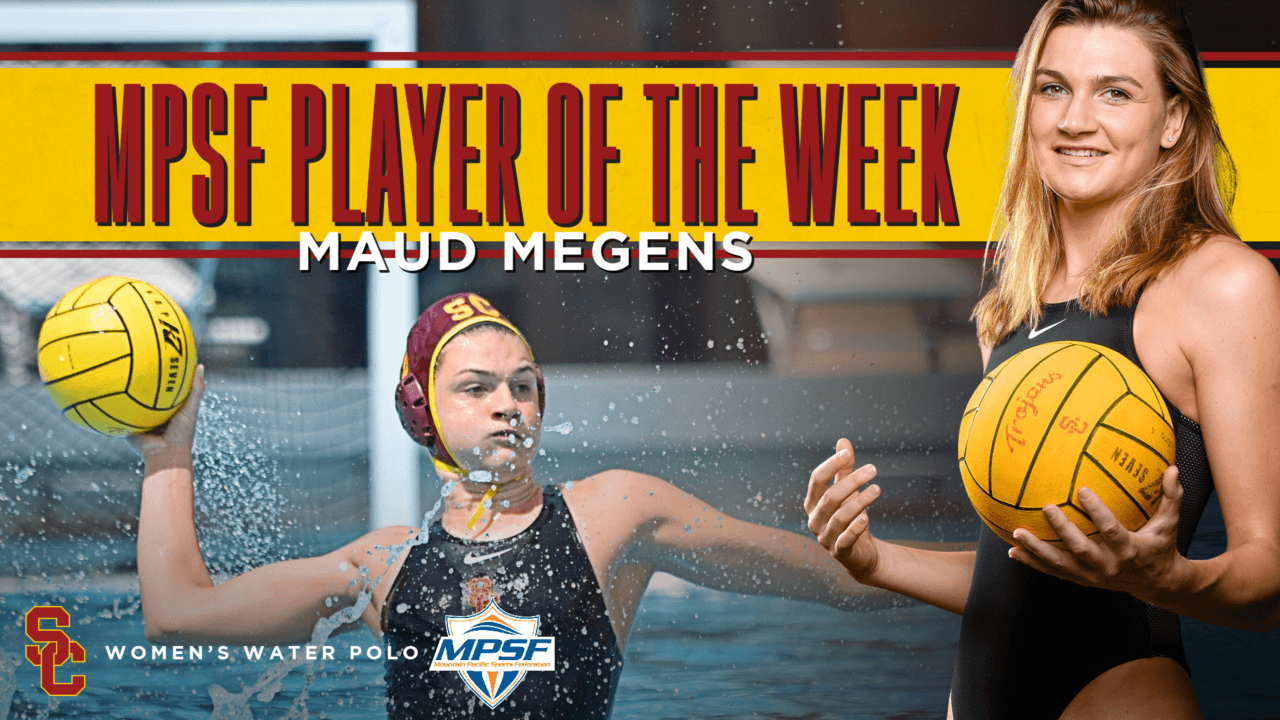 Sarah Snyder (UCSB) and Maud Megens (USC) were the top goal scorers on the week with 14 apiece. Megens' efforts put her over the 100-goal barrier for her career. Here's a look at the best of the best performances from each conference on Week 1. Current photo via USC Athletics

It was an up and down weekend for Top 25 teams on the opening weekend of women’s water polo action.

#1 USC and #3 UCLA went 6-0 and 5-0 respectively and their top players were awarded accordingly by the Mountain Pacific Sports Federation.

#17 UC Santa Barbara rocketed up seven spots in the Week 2 national poll after a 4-1 showing at home, including three Top 25 victories. Standout star Sarah Snyder netted 14 goals to lead the way and in turn was honored by the Big West Conference.

Vote getter Fresno State went 1-2 in Santa Barbara, but posted an upset win over then-#13 Indiana to garner national attention and eventually a spot in the Top 25 poll.

No. 24 Cal Baptist went 1-3, but pulled off a 10-8 upset of #18 Cal State Northridge, thanks in part to five goals and three assists by Golden Coast Conference co-Player of the Week Kira O’Donnell.

#9 Michigan went 2-2, falling to a pair of top five foes, but that didn’t stop the Wolverines from garnering all three of the Collegiate Water Polo Association’s player of the week nods.

Sarah Snyder (UCSB) and Maud Megens (USC) were the top goal scorers on the week with 14 apiece. Megens’ efforts put her over the 100-goal barrier for her career.

Here’s a look at the best of the best performances from each conference on Week 1.

Scored 14 goals with nine drawn exclusions and two assists in five games; Posted at least two goals in all five outings; Notched back to back four-goal, one assist efforts in upsets of #13 Indiana (15-5) and #14 Wagner (9-4).

Recorded nine points, with five goals, four assists and a steal at the UCSB Winter Invitational; Notched three goals and two assists in a 9-7 loss to #2 UCLA; also added a goal and an assist each in the wins over #18 Cal State Northridge and Fresno State.

Led the defensive effort that held all four foes at the UCSB Winter Invite to single digit goals. Michigan was the lone team to hold #1 USC under 10 goals. Sellers led the Wolverines with three field blocks and two steals.

Compiled four goals, one assist, five steals and one field block on her debut weekend.

O’Donnell: led CBU with 10 points on six goals and four assists and also drew eight ejections over four games; had a hand in eight of the Lancer’s goals, scoring five times and assisting on three other scores, in the opening 10-8 win over #18 Cal State Northridge.

Nicholson: led the Bulldogs with 10 goals, scoring in all four of the team’s games, including a career-high five goals in a 12-7 win over #13 Indiana.

Kicked off the season with seven goals and two assists at the UCSB Winter Invite; Scored a hat trick against #6 UC Irvine and #17 UC Santa Barbara; posted both assists vs. #15 UC San Diego

Made 34 saves and added three steals at the UCSB Winter Invite; Notched 11 stops in the team’s win over #15 UC San Diego; posted a .500 save percentage against #17 UC Santa Barbara.

Tallied six goals and two assist at the UCSB Winter Invite; scored twice each against Azusa Pacific and #15 UC San Diego; notched both helpers vs. UCSD.

Scored 14 goals as the Trojans went 6-0 at the UCSB Winter Invitational; scored multiple goals in the team’s first five games, including four in the 25-5 win over #24 Cal Baptist and a hat trick in a 19-4 win over Azusa Pacific.

Notched six goals, three assists and three steals at the UC Santa Barbara Winter Invite; scored three goals, an assist and a a steal in a 13-5 win over Azusa Pacific; added goals against #13 Indiana and #14 Wagner

Just out of curiosity, why weren’t the men’s 2018 water polo season on Swim Swam?

Hi Yonny – this is a new initiative for 2019; we’d like to see if there’s enough interest in water polo to warrant more full-time coverage. If you’d like to see the 2019 men’s water polo season covered, best thing you can do is to help prove that there’s interest in it by continuing to read about water polo, and encouraging any interested friends to do the same!