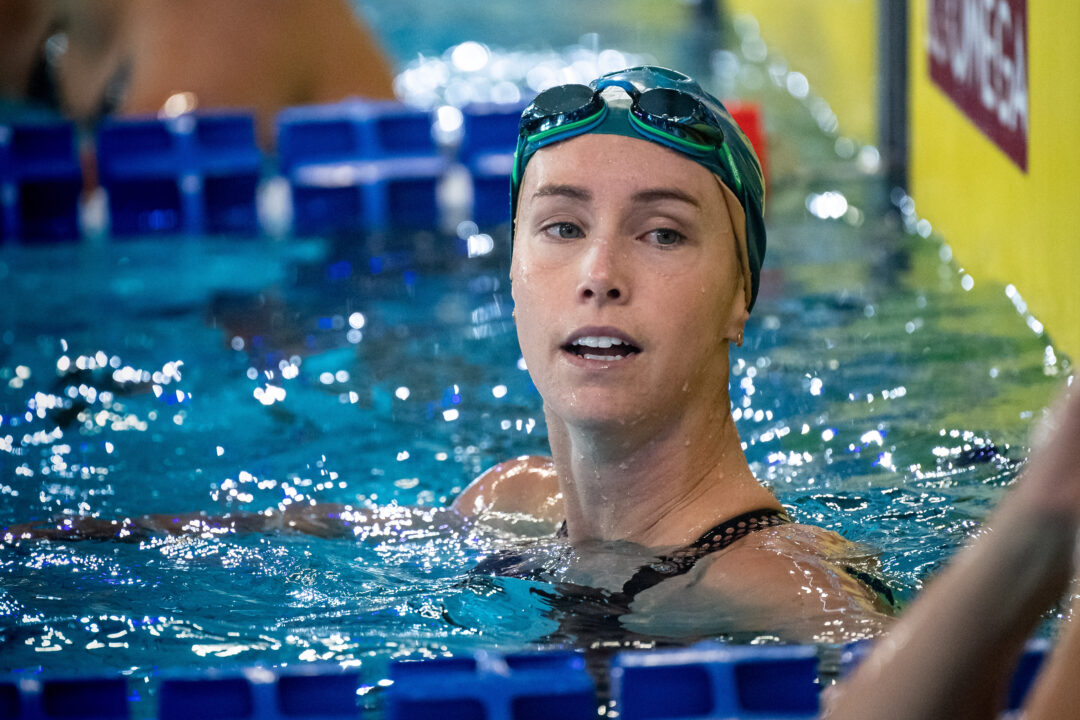 The 4-stop 2021 FINA World Series came to a close in Kazan, Russia on October 30. Australia’s Emma McKeon and Japan’s Daiya Seto were the respective women’s and men’s top scorers at the meet and each walked away with $12,000 for their first-place finish.

As a reminder, a swimmers’ score at each meet was based upon their top 3 swims taking into consideration placement in the final and total FINA points for their time. Emma McKeon topped the podium in three events at the Kazan meet, winning the 50 free, 100 free, and 100 butterfly, while Seto earned 4 gold medals in the 100/200/400 IM triple, as well as the 200 breaststroke.

Their multiple wins and class A times corresponded to a total of 58.3 points for McKeon and 58.9 for Seto. McKeon took the win by only 0.1 points considering that Dutch backstroker Kira Toussaint earned a total of 58.2 points after winning the 50/100/200 backstroke. Prior to this meet both McKeon and Toussaint had won one World Cup meet each; McKeon in Budapest and Toussaint more recently in Doha.

Seto on the other hand had a larger margin of victory in Kazan than McKeon as Matt Sates finished second overall with 55.6 points to Seto’s 58.9. This win marked Seto’s second straight meet win, having also taken the top spot at the Doha meet.

Toussaint and Sates each won $10,000 for their second-place finishes in Kazan and they were followed in the rankings by Switzerland’s Maria Ugolkova and American Tom Shields in third place, Aussies Madi Wilson and Kyle Chalmers who both took fourth place, and breaststrokers Yuliya Efimova of Russia and Arno Kamminga of the Netherlands who rounded out the respective top 5s.

I know the World Cup events have passed, but does anyone know how to watch it in the US? Were the livestreams available at the time, or are the archived session vids available somewhere? I see that they are hidden on FinaTV’s youtube channel. I assume due to some broadcast contract b.s.

They aren’t reimbursed by Fina for any meet expenses are they?

Some are, some aren’t, some are reimbursed partially. It’s negotiated on an individual basis.

That is very interesting… does that mean Fina will likely reimburse the bigger name swimmers to entice them to swim?

Yep that’s part of it. There are of course politics involved in the decision making, as there always is, so who you are and what country you’re from matters too.

I’m guessing FINA paid for the Australians, hence many showed up….