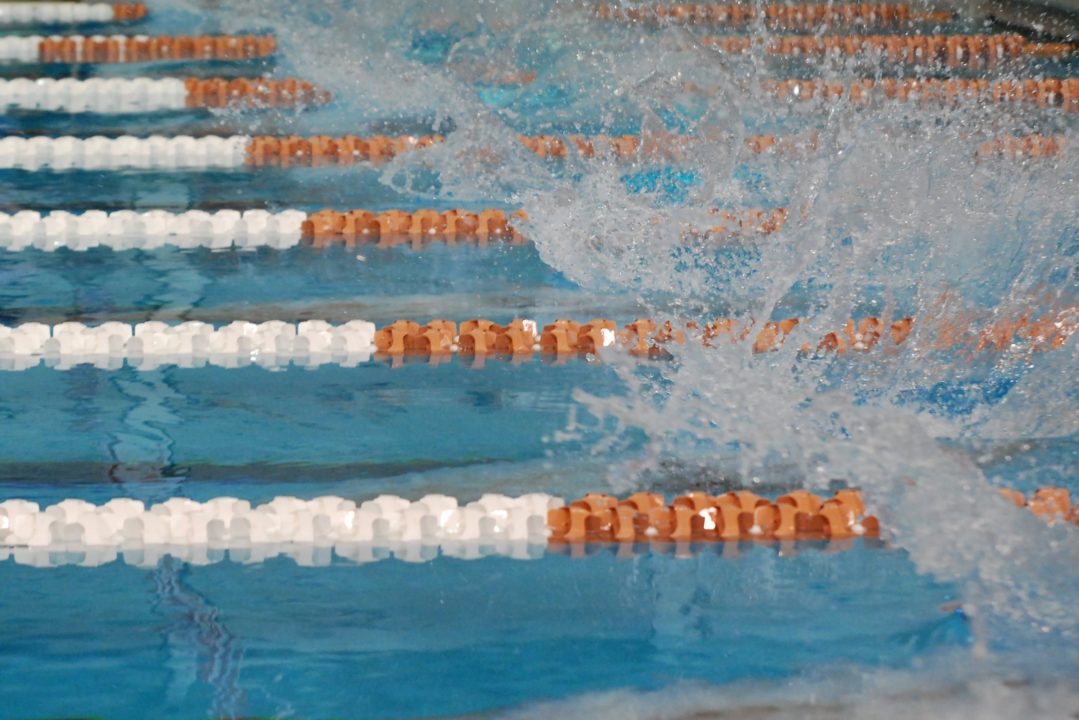 On the second night of competition at the Speedo Western Canadian Championships in New Westminster, BC, 16 year old Ryder McGinnis demolished the meet and Alberta age group record 100 breaststroke by close to two seconds.

McGinnis, who swims for the Edmonton Keyano Swim Club, initially broke Nick Kostiuk‘s meet and Alberta provincial record time of 1:03.39 in the preliminaries, posting a time of 1:03.16 to qualify first for the finals. In the evening he did not only destroyed the field by two and a half seconds, but he beat his own meet and provincial record by 1.59 seconds.

McGinnis will see if he can make it a clean sweep of the meet and Alberta age group records in the breaststroke events on Saturday when he will set his sights on the 50 breaststroke record of 28.57 set by Chad Thompsen in 1999.

Although 13 year old Rebecca Smith of the Red Deer Catalina Swim Club did not win an event on the second evening of competition, she did break two more Alberta age group records in the 100 freestyle and 400 IM. Smith challenged for the top spot in both events, but came up just short, posting a time of 56.32 in the 100 freestyle breaking Georgia Kidd‘s record of 56.42 and finished second in the 400 IM in a time of 4:48.42, breaking her own record of 4:49.07.

The race for the 15 and under title in the 400 IM was a great one between Smith, Jordan Andrusak of University of Victoria-Pacific Coast and Sarah Darcel of Island Swimming. All three girls went under the previous meet record of 4:49.58 set by Katie Caldwell in 2010.

The women’s 15 and under 100 freestyle was one of the most exciting races of the evening. 15 year old Georgia Kidd took the event in a time of 56.27 only six one-hundreths of a second ahead of Smith and 15 year old Heather Lam of the Vancouver Pacific Swim Club, who tied for the silver in a time of 56.32.

23 year old Jeffrey Nicol of the Lethbridge Amateur Swim Club won his second event of the competition, taking the men’s 17 and over 100 breaststroke in a time of 1:02.76.

The Edmonton Keyano Swim Club still holds a strong lead in the team competition with 664 points. The Cascade Swim Club is currently in second with 478 points while the University of Calgary Swim Club sits in third with 389.5 points.