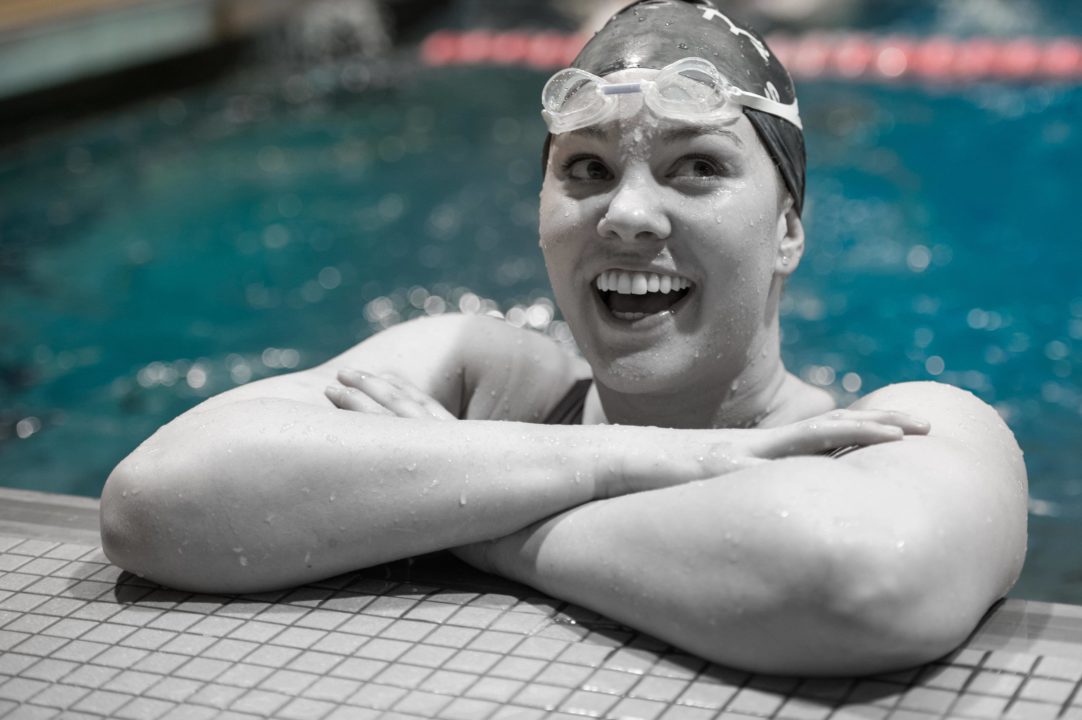 American Chloe Sutton, now swimming for IX3 Sports after many years with Mission Viejo, won a duel with Hungarian sensation Katinka Hosszu in the 400 free, leading the whole way and holding off Hosszu by .4 at the final wall. Sutton was a fast 4:10.11, a very strong swim that was nearly three seconds faster than her prelims time. Hosszu had a solid swim for her part, going 4:10.50 with an incredibly quick turn-around off the 100 back, where she also finished second.

The B final was a tight race between 16-year-old Kirsten Jacobsen of Barrington Swim Club and Minnesota Aquatics pro Ashley Steenvoorden. Jacobsen went 4:18.26 for 9th, while Steenvoorden came in 11th at 4:18.72.