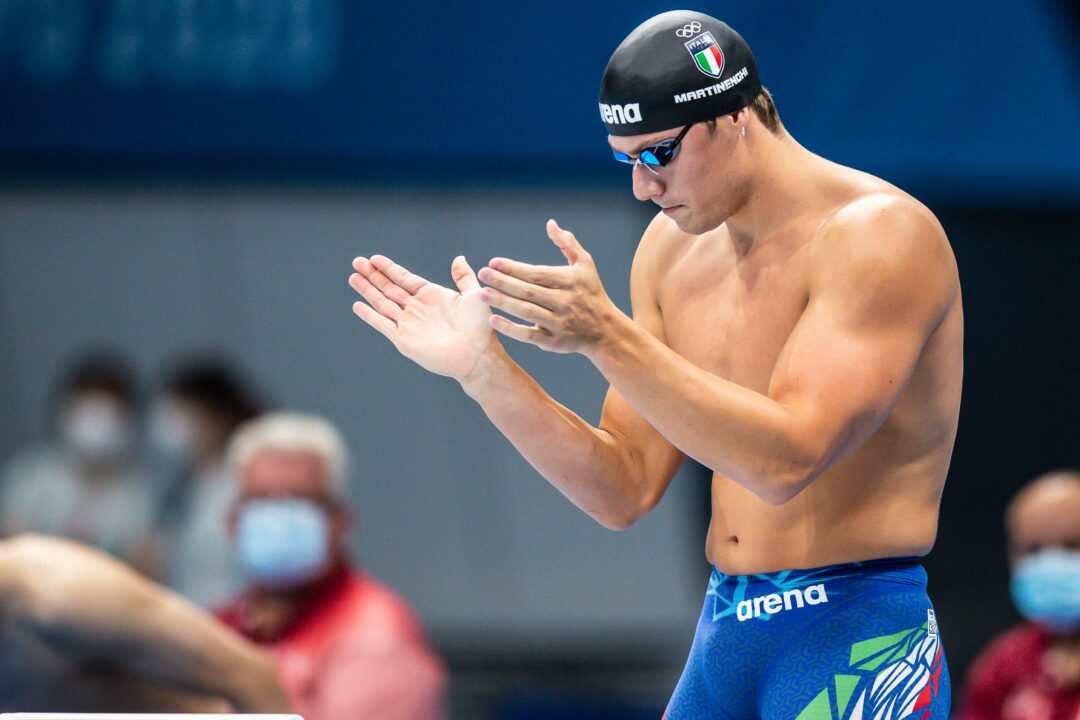 Hitting the wall in a time of 55.63, Martinenghi upset the reigning European Short Course champion Arno Kamminga of the Netherlands and current World Record holder Ilya Shymanovich of Belarus.

Shymanovich settled for silver tonight in 55.77 while Kamminga clocked a time of 55.79 for bronze and a new Dutch national record for him.

Splitting 26.03/29.60, Martinenghi hit a big-time lifetime best, overtaking his previous career-quickest mark of 56.46 from last year. His outing also blew away Fabio Scozzoli’s Italian standard of 56.15 that’s been on the books since the 2017 edition of these European Short Course Championships.

Martinenghi now becomes the 4th fastest swimmer ever in this event, with his outing checking in as the 6th fastest performance in history.

He’s been steadily improving ever since he burst onto the scene in 2017 when he set the LCM World Junior Records in both the 50m and 100m breaststroke becoming the World Junior Champion in each.

His career culminated in Olympic bronze in the men’s 100m breast this summer in Tokyo.