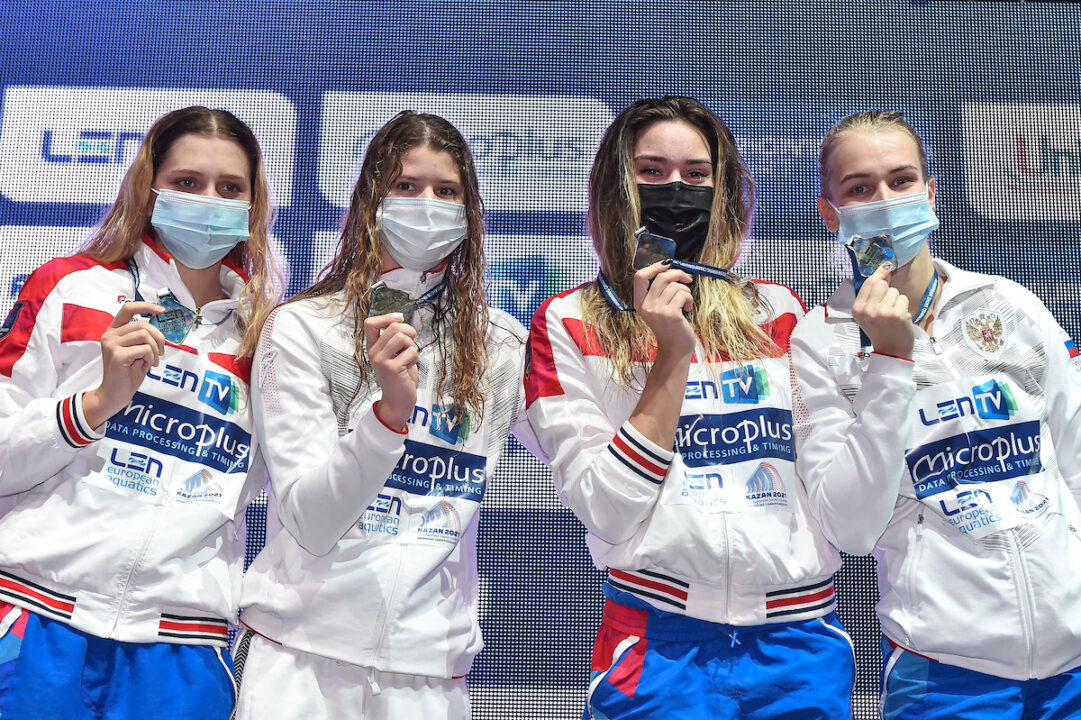 Four teams—including all three medalists—broke their respective National Records during the timed final of the women’s 4×50 medley relay at the 2021 European SC Championships in Kazan, led by the gold medalists from Russia.

The event was raced as a timed final due to the fact that there were only 10 countries entered (and 10 lanes available for racing).

The previous mark was set by three of the four same swimmers, with only Klepikova being a new member of the team.

The Swedes were the runners-up in 1:44.32, with Sarah Sjostrom throwing down a blazing-fast 22.94 anchor to tie for the seventh-fastest 50 free split in history.

The bronze-medal Italians had four very solid legs to edge out the Netherlands in a time of 1:44.46, breaking their previous National Record of 1:44.92 set when they won bronze in 2019.

The fourth nation to lower a record was Austria, which placed seventh in a time of 1:48.05. That broke the previous Austrian Record of 1:49.32 set at the 2016 SC World Championships.

The world record in the event stands at 1:42.38, set by the United States at the 2018 World Championships in Hangzhou, while the Dutch women set the European Record at 1:42.69 during the 2009 SC Euros in Istanbul.