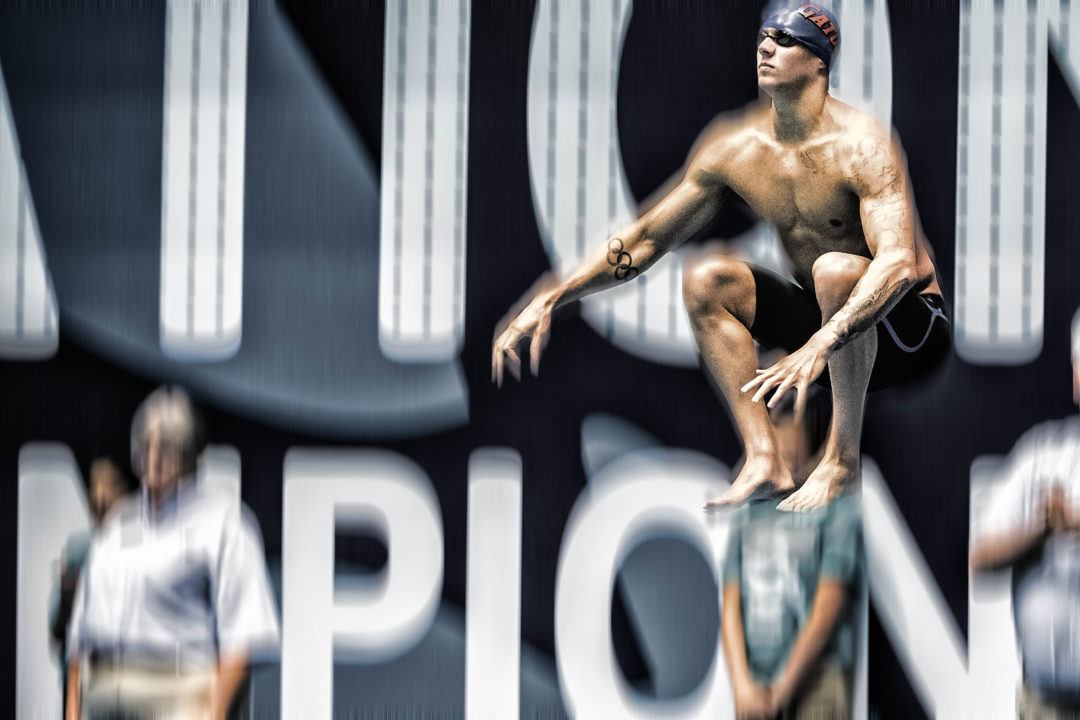 This year, four aquatics athletes -- three swimmers and a water polo player -- made the list, with three of those four returning from last year's list. Current photo via Mike Lewis/Ola Vista Photography

Athletes, from middle schoolers to professionals, love comparing which sport is “toughest” or which sports’ athletes are in “the best shape.” While each sport’s requirements make it difficult to truly objectively measure these sort of categories, it doesn’t mean  anyone stops trying, and every year Sports Illustrated puts out a “most fit” list of professional athletes, ranking 25 men and 25 women using the criteria below.

Sports Illustrated…ranked the best-conditioned male and female athletes in the world, consulting trainers, exercise physiologists and performance experts with experience across the college, pro and Olympic levels of sports to evaluate athletes on the following criteria: performances over the last 12 months; demands and risks of their respective sports; durability; training regimens and other physical benchmarks including power, speed, strength, agility, endurance, flexibility and more.

This year, four aquatics athletes — three swimmers and a water polo player — made the list, with three of those four athletes returning from last year’s list.

Coming it #21 on the women’s is Team USA water polo player Maggie Steffens, who was also ranked 21st last year. The article references her “full-body, underwater training moves” and “intense lifts in the gym.”

Olympic gold medalist Simone Manuel makes her debut on this list at #19, with her former Stanford teammate and freestyle legend Katie Ledecky taking 5th on the list. The article mentions both swimmers’ gold medal performances, as well as their dedication to the sport that requires up to 10 swim practices a week, plus drylands.

The only male on the list is 100 fly world record holder Caeleb Dressel, who SI put at #10 among men, describing his two-a-days in the pool, as well as “weightlifting sessions in the gym to add strength to his 6’3″, 190-pound frame and build on his explosive power off the blocks.” No mention of Dressel’s vertical, though, which at one point was rumored to be the best out of all of the University of Florida’s athletes.

It’s worth noting that while the article does claim to try to rank the most fit athletes in the world, it is weighted toward American athletes, and there’s no mention of international swimmers, although we’re quite sure our readers have plenty of their own ideas about which other swimmers could’ve been included on the list.

You can check out the whole article here.

Some swimmers, you can tell they would be proficient in other sports too. Dressel is certainly one of them. I would include Chalmers, Manaudou, Sjostrom, Peaty, and many more.

Kipchoge should have been SO much higher up on the list!

The most underappreciated athletes in the world are rowers. I knew loads at University and they were the most incredible physical specimens. Every single one had the most ridiculous lung capacity and had body fat percentages under 10%, quite a few under 8%, despite weighing about 17st. It blew my mind.

Haha, I looked at the list on SI.com and it really is a joke. For starters they have a golfer on the men’s list, and no its not Koepka, which if you had to put a golfer on the list, I would have picked him. Then they put Maholmes on the list, and anyone who knows anything about football can tell you that he is not even the most fit on his team, Tyreek Hill is. Then they put Derrick Henry high up on the list ONLY because he was recently hyped by the playoffs. Here’s and interesting fact: Taysom Hill is roughly the same size (about 5-10 pounds lighter) but benchs the same weight, and runs a faster 40… Read more »

The fittest man on earth title is just the award they give for winning the CrossFit games. Just because CrossFit athletes think they’re the fittest on earth doesn’t mean everyone else has to agree haha

Just to solidify the goofiness they don’t even bother defining fitness. From a quick glance at the list it seems like the extent of their research is
1 – “Are they a high-profile athlete or someone marketable going into the Olympics?”
2 – “Do they have an instagram account?”
Bonus points on number 2 if they use funky “functional” training methods and post videos of that without a shirt

Well, you don’t exactly get to go 17.6 in the 50 without some degree of spectacular power production. Fast twitch fibers FTW.

You can tell it’s an Olympic year. Swimming hits the mainstream sports scene.

But…. have they seen Katinka Hosszu’s arms?!

….and her willingness and ability to compete at a high level in multiple events in same session Never ceases to amaze me.