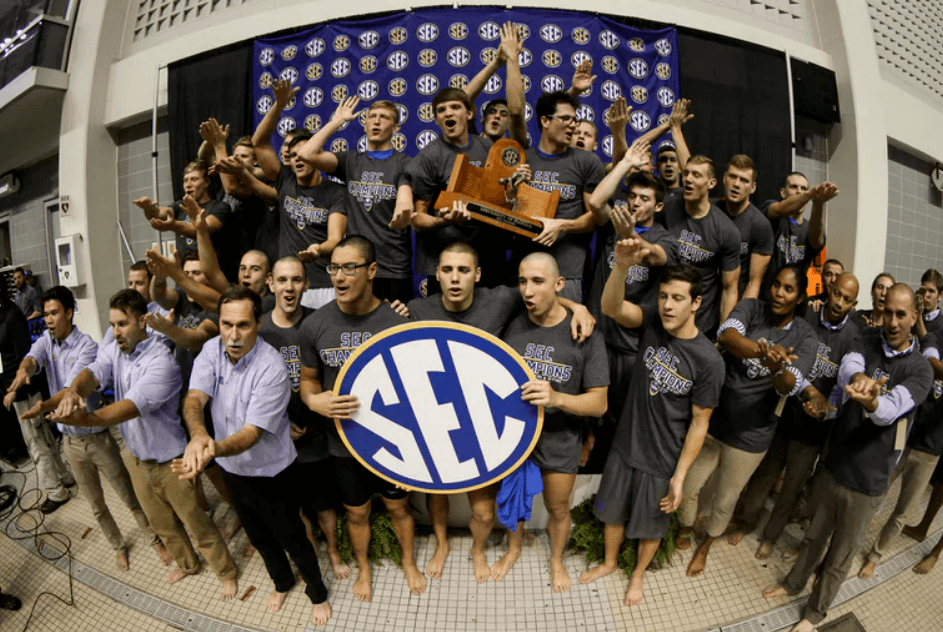 Florida's Blake Manganiello secured his invite to the NCAA championships, dropping over 10 seconds from his season best time in the mile on day 3 of the Florida Last Chance Meet. Archive photo via Vol Photos

The Florida Gators filled a few more spots on their NCAA roster this weekend during the final day of competition at the Florida Last Chance Meet in their home pool.

Hey Lauren great job covering the meets this weekend. Something most people probably missed tonight was that Bobby Finke went 14:37 in the 1650 at the FL-LSC Senior Champs meet in Orlando. He is amazing, only a junior. Figured I’d give a heads up!

Hi! I appreciate it. Getting ready to do that one. Thanks 🙂

Mrbriefstroke, thanks for the news.
I follow Robert Finke since last junior pan pacs where he was very impressive by winning the 800 free and the 1500 free in 7.55 and 15.05 at only 16. I liked his technique.
The next US distance star on the men’s side.

Bobo his technique is incredible he catches water so quickly and doesn’t stop that tempo ever. I was there watching his swim last night and he was just crushing every turn and had a six beat kick going the entire way. I’ve never seen anyone kick that hard for that long of a swim.The word is he trains very hard and that he’ll be the next great US male distance star. I predict he will eventually go 14:14 in the 1650, and will get the US Open record in the next two years.

Awesome swim Blake! We are very happy but unbelievably proud of you, DUDE!
Way to go!!! UT & AC