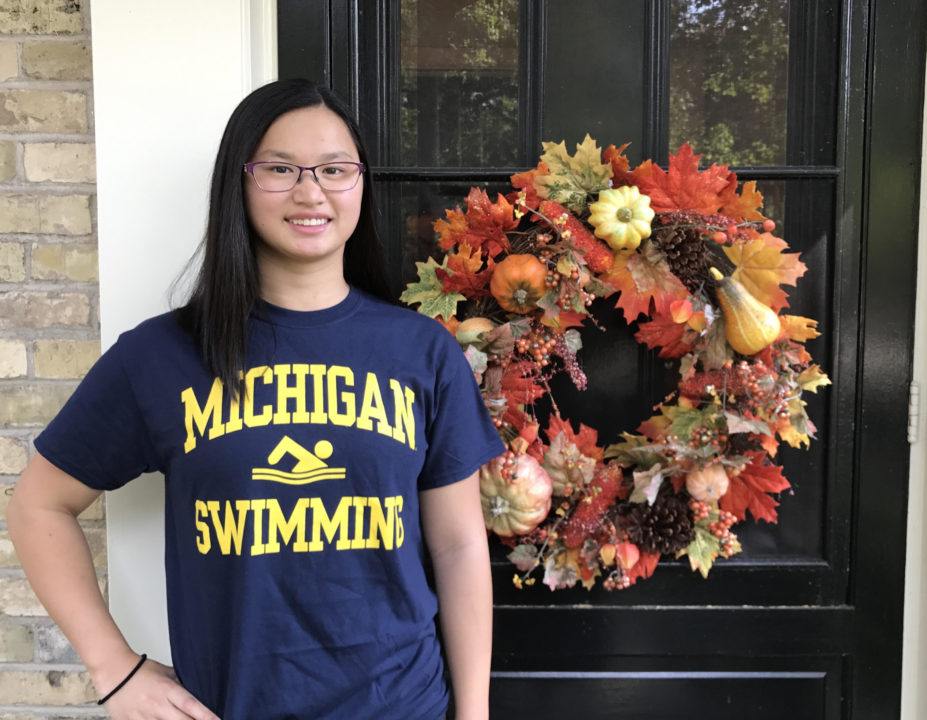 As the Michigan women downed Northwestern at home, Maggie Macneil had a statement swim in the 100 fly. The Canadian freshman,... Current photo via Maggie Macneil

As the Michigan women downed Northwestern at home, Maggie Macneil had a statement swim in the 100 fly. The Canadian freshman, who is in her first season of training and racing in yards, unleashed a 51.49 to win the race by four seconds.

More impressive than the event win, though, was the fact that Macneil, wearing a practice suit at a dual meet in mid-October, had just set both a pool and school record. Yes– Macneil, the freshman NOT wearing a tech suit and NOT racing with a taper in championship season, is now the fastest University of Michigan woman in history.

Beyond that, consider that Michigan hosted the Big Ten Championships in 2016, just two seasons ago, and Macneil still broke the Canham pool record. The old school record was Vanessa Krause‘s 51.71 from 2017, while a 51.52 from former IU swimmer Kate Zubkova was the old pool record.

This may well be the fastest dual meet time ever for a women’s 100 fly, along with the fastest practice suit time. It’s hard to say that for sure, but let’s compare to a few of the fastest 100 butterfliers in history.

According to USA Swimming, 100y fly American and NCAA record holder Kelsi Dahlia had never broken 52 at a dual meet. Her best dual meet time in college looks to be a 52.62 from November of 2015. Meanwhile, Erika Brown‘s best dual meet performance in the USA Swimming database is a 52.31 from this past January, and 2018 NCAA champion Louise Hansson‘s best is a 52.89 also from this January.

Of course, Dahlia, Brown, and Hansson are the only three women to have ever broken 50 seconds in this race. And none of them had ever even broken 52 in a dual meet. Stanford’s Janet Hu, however, was a 51.93 last season, though she was never under 50 by season’s end.

Macneil now leads the NCAA in this race this season. See her swim, courtesy of the Michigan swim & dive Twitter, below.

Wow! Those are some INCREDIBLE underwaters! Amazing swim. Should be a fun year for Michigan!

I think she was 51.9 at cal vs stanford last year

Who had the previous school record, and what was the time?

I honk it was Vanessa Krause at 51.75 but that might not be exact

Both the Michigan Record (Vanessa Krause) and the Pool Record (Liz Li) were at a 51.7