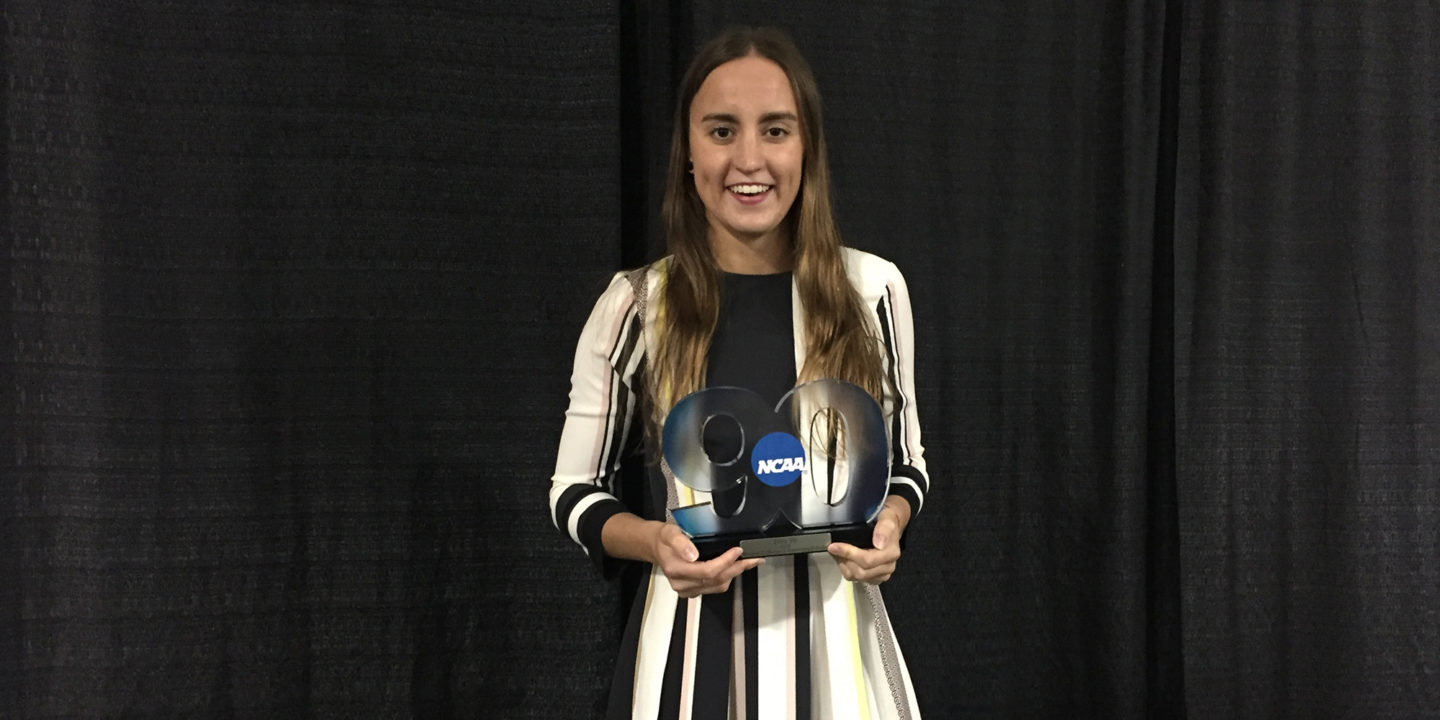 Lynn University’s Catalina Berraud-Galea was tabbed as the Google Cloud Academic All-America Team Member of the Year for the at-large Division II women, leading a group of 10 women’s swimmers and divers among the 46 first, second and third team honorees.

Cubbler was a three-time All-American, finishing 12th in the 500 free, 13th in 1000 free and 16th in the 1650 free at the NCAA Championships. She snapped school records in the 1000 free and 500 free at NCAAs and was the Pennsylvania State Athletic Conference runnerup in the 100 free and with the 400 free relay.

Forbord picked up three All-America honors in 2019, including a seventh-place effort and a school record time in the 100 free at the NCAA Championships. She also swam on the 10th place 800 free relay and 400 medley relay teams.

Duke, Winnett and Stewart were among 12 selections to boast a perfect 4.0 GPA.

Viazzo was the NCAA runnerup in the 200 breast, finished seventh in the 100 breast and was part of Wingate’s ninth place 400 medley relay.

Winnett placed fourth in the 100 breast and was a member of Lindenwood’s sixth place 400 free relay, seventh place 400 medley relay and 11th place 200 free relay at the NCAA Championships.

Staman was the NCAA runnerup in 1-meter diving and finished third in the 3 meter.