Iowa to Spend $5-6 Million on Pool Repairs This Summer 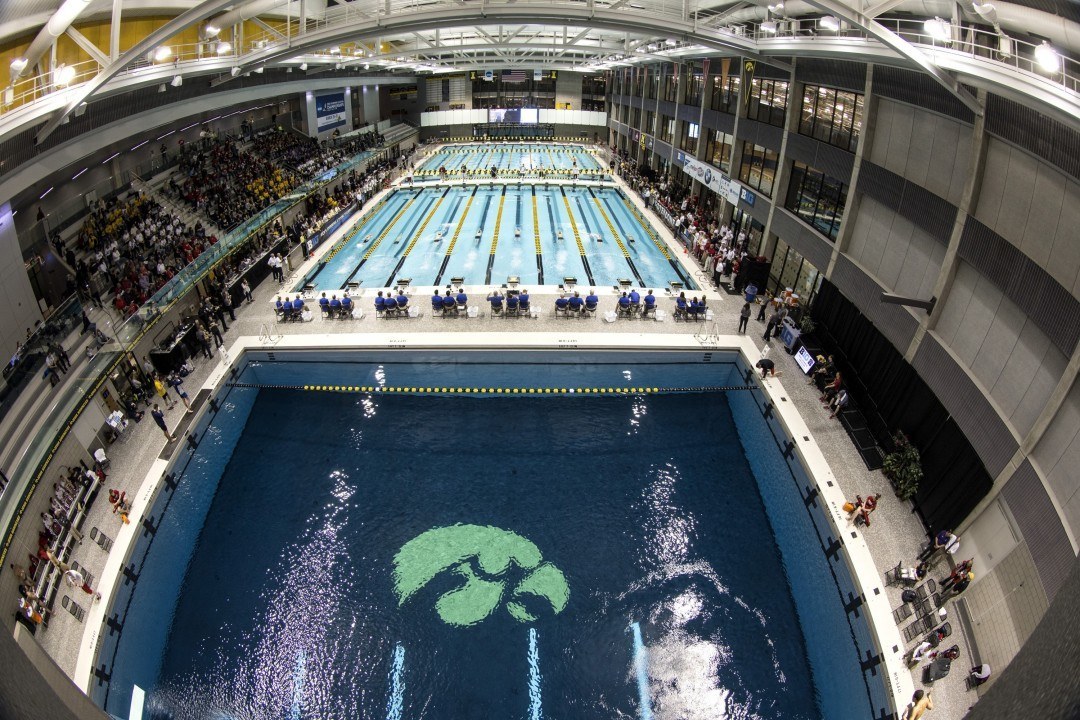 The repairs will be focused on the air handling units in the facility. Stock photo via Brian Ray/hawkeyesports.com

Shortly after the announcement that Iowa would be hosting the 2020 Women’s Big Ten Championships, the university announced that they would be spending around $5-6 million on pool repairs this Summer. The repairs will be focused on the air handling units in the facility. These units are used to circulate the air inside a building. At a recent Board of Regents meeting, it was noted that the air handling units in the pool were deteriorating faster than anticipated. According to the Senior Vice President of Finance and Operations, “over time with the corrosive nature of the aquatic centers, [the units] have not held up well.”

The plan is to get all seven air handling units replaced this Summer, before the start of the swim season. The university also wants to completely replace each unit one at a time, that way the pool can remain open while they make the repairs.

Good news for my esophagus and lungs!

*Maybe the University of Iowa could publicly apologize to my team at some point too for allowing some of their employees (including the Senior VP of Finance mentioned in the article) to manipulate my former Board members and recruiting from the club I coach……but I digress.

Hasn’t it been like, 10 years? Why are we still living in the past? Get over yourself and take responsibility for your own actions – if people were happy they wouldn’t have left.

Sports have rules. I teach my athletes to respect the rules. I didn’t break any rules (and take responsibility for my own actions for over 20 years). I would expect a Big Ten institution to follow rules and have their employees do so when forming new programs. Since I’m an alum I also don’t wish to see the University of Iowa act like Penn State or Michigan State and cover things up.

Now try using your real name coward. Otherwise you just come off as another moron throwing random stuff up here.

Perhaps they could address both the air handling and the corrosive nature of the chlorine by cycling the water through a UV system. I would imagine that even with the upfront cost of installing a UV system, there would eventually be savings since they wouldn’t have to replace the corroded equipment as often, and the air quality would be significantly better without having to use so much chlorine.

I can almost guarantee that Iowa has UV on all pools. It was not a new technology in 2009-10. It’s also not very expensive, relatively speaking. Each unit would probably cost $12-15k installed as a retrofit, and even less if done in original construction.

They both already have UV systems.

Clemson could learn a lesson or two here.

After all the negative comments regarding Clemson ditching their pool I expect the Athletic Department to come back and recommend using Lake Hartwell as an alternative.

What big 10 school cut their the swimming program?

Maryland, but prior to entering the conference I believe.

Good to upgrade. Minnesota’s pool just re-opened this month after something like a $15M renovation, most of which was spent on improving the air handling (badly needed).

I’m glad these schools are choosing to fix their pools, but $15 million to renovate the pool? Can’t you pretty much build a brand new pool for that much money?

Looked it up again and the number is $12.5M. Either way, $15M is not nearly enough to build that aquatic center at Minnesota.

Having worked on a project to help develop a new private pool about 4-5 years ago, you would be surprised at how little $15M can buy you. We couldn’t get it done for less than $17M and that was nothing nearly as elaborate as Minnesota has.

No. Most of these facilities to completely rebuild would be $80-$100 million dollars.

Chemical costs alone are really high for that much H2O.

They built a nice venue. 😉

Love to see programs spending money on their pools rather than cutting them. Good on Iowa

Yet Clemson, a school with a far greater athletic budget, can’t shell out a fraction of that to buff up their pool…

Too bad Clemson didn’t build an 8 lane 25 yard pool in Clemson’s $55 million daycare center for their football players. (But they do have some nice non-competition pools in the daycare facility.)