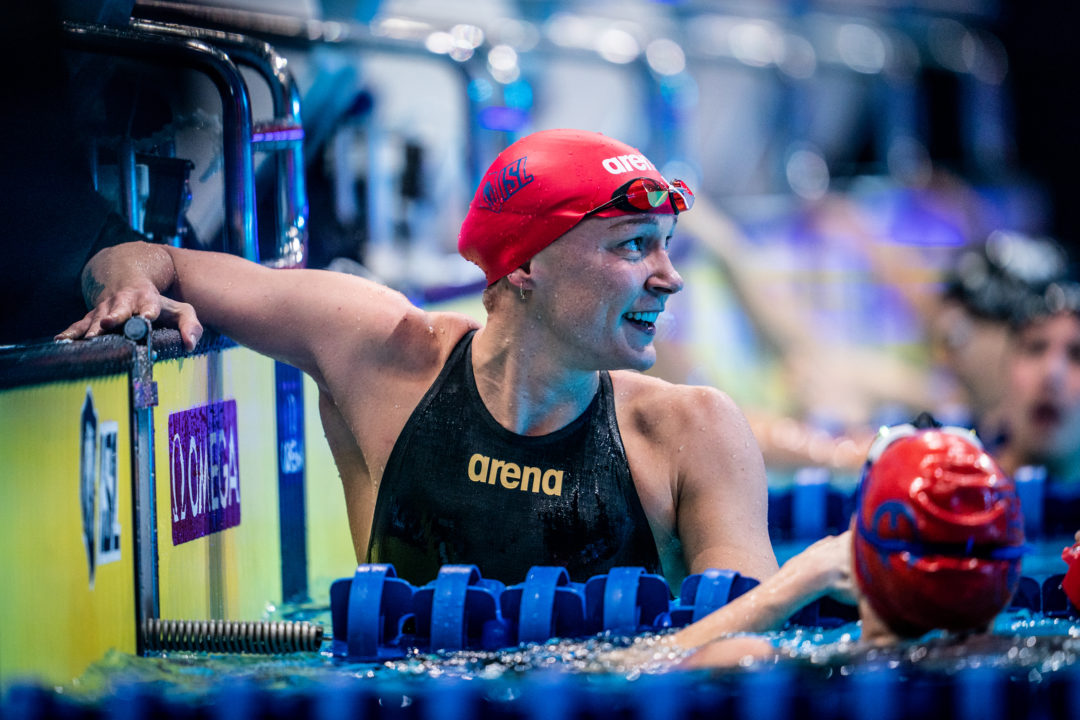 Olympic champion Sarah Sjostrom raced at the 2020 edition of the Luxembourg Euro Meet but she'll have to wait until 2022 to do it again. Archive photo via Mine Kasapoglu for ISL

Another Olympic-qualifying event has been written off of the 2021 racing calendar as the Luxembourg Euro Meet has been postponed to next year. Originally slated for its annual January time slot, the Euro Meet had already been delayed to March 19th through March 21st 2021 but now the event will be moving entirely to 2022.

“The current situation in Europe with lockdowns in numerous European countries as well as the national restrictions in Luxembourg do not allow us to stage the Euro Meet in the usual format,” said Meet Director Serge Hollerich.

“We have looked at different options with a limitation of the number of participants or a change of the programme, but have come to the conclusion that we will only host a Euro Meet if we can offer a high quality meet with extensive services for athletes and spectators.”

Marco Stacchiotti, President of the Federation added: “We thank our partners for their trust and support in these difficult times and hope to see everyone again at the Euro Meet 2022 from 28-30 January.”

The Euro Meet was a FINA-approved Olympic qualifying competition for the postponed 2020 Olympic Games. At the 2020 edition, before the International Olympic Committee (IOC) officially moved the Olympics to 2021, we saw powerful performances from the likes of Mykhailo Romanchuk, Nicolo Martinenghi and Sarah Sjostrom.

The Euro Meet move to 2021 may have elite swimmers seeking alternative competitions in Europe for the month of March. Below is the list of the meets still on the schedule across Europe for March 2021, with each representing a FINA-approved Olympic qualifying opportunity.