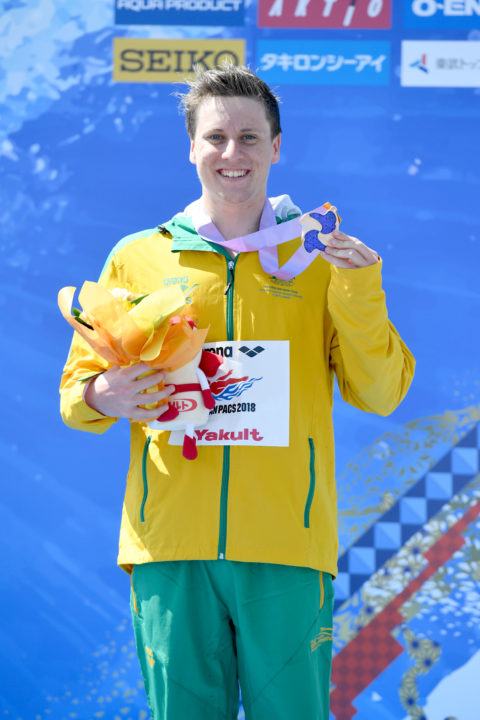 Last week Swimming Australia announced that its 2021 Open Water Swimming Championships were delayed due to the coronavirus conditions within the area. We now know the new date of the annual elite event, as well as the new location.

Originally slated for January 29th through January 31st, the Championships are now set for March 13th and 14th. Instead of being held at the Sydney International Regatta Centre in Penrith, the new location will be Lake Kawana in Queensland.

Open Water Performance Manager Greg Shaw said of the announcement, “The decision to move the Australian Open Water Swimming Championships up north was not made lightly, but ultimately the availability of facilities played a big part in our decision making.

“Holding the event over the course of a weekend is really important and unfortunately that was not possible in Penrith. With that said, I’d like to thank the Sydney International Regatta Centre and Penrith City Council for their understanding and hope we can return to their region in the near future.

“In turn, we were fortunate that Lake Kawana had an opening in March which aligns with timelines for the men’s open water Olympic qualifying event in Japan in May, as well as our domestic schedule.

“It’s also clearly a terrific venue which will give the athletes another chance to gain competitive race experience in warm and controlled conditions – similar to what they might encounter in Tokyo.”

Last year Nick Sloman was the top Aussie finisher in the 10k, although visiting swimmers Ferry Weertman of the Netherlands and Jordan Wilimovsky of the United States finished in first and second place, respectively. Weertman also hit the time pad first in the men’s 5k race.

As for the women, Lee was the top Aussie but finished behind the top racer Haley Anderson of the United States. Aussie swimmer Maddie Gough was the first place finisher and Aussie champion in the women’s 5k event.

Lee has already booked her spot for the postponed 2020 Olympic Games in Tokyo, Japan, courtesy of her 7th place finish in the women’s 10k at the 2019 World Championships. The remaining potential Olympic spots can be fought for at this year’s FINA Olympic qualifier set for early this summer.

At the moment New South Wales swimmers are unable to go to Queensland. I hope this is not the case in March.