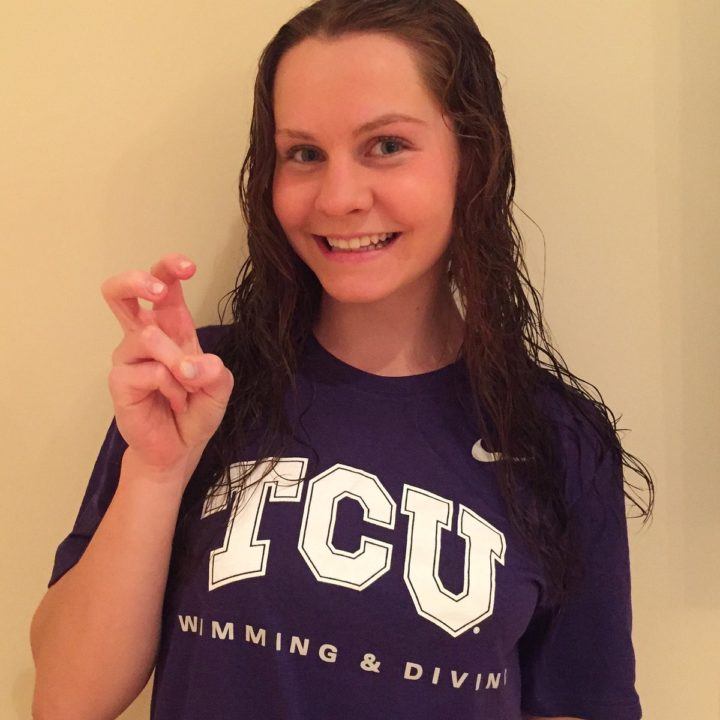 Sprint freestyler Cassidy Coughlin has verbally committed to Texas Christian University’s class of 2022. As a member of the Loyola Academy... Current photo via Rambler Swim & Dive

Coughlin swims club for NASA Wildcats, who train out of the Northwestern University pool in Evanston, Illinois.

Coughlin is already fast enough to score at the Big 12 Championships. In the 50 free, she’s been 23.81, which would’ve made the C final at last year’s Big 12s. It took a 23.50 to make the B final and a 23.13 to make the A final, so Coughlin isn’t all that far off of potentially being an high-impact swimmer in that event next year.

TCU is currently in its first season under head coach Sam Busch, who previously coached as an assistant at Virginia but took the TCU post after his brother Augie left his head coaching position at UVA to take over the Arizona program.