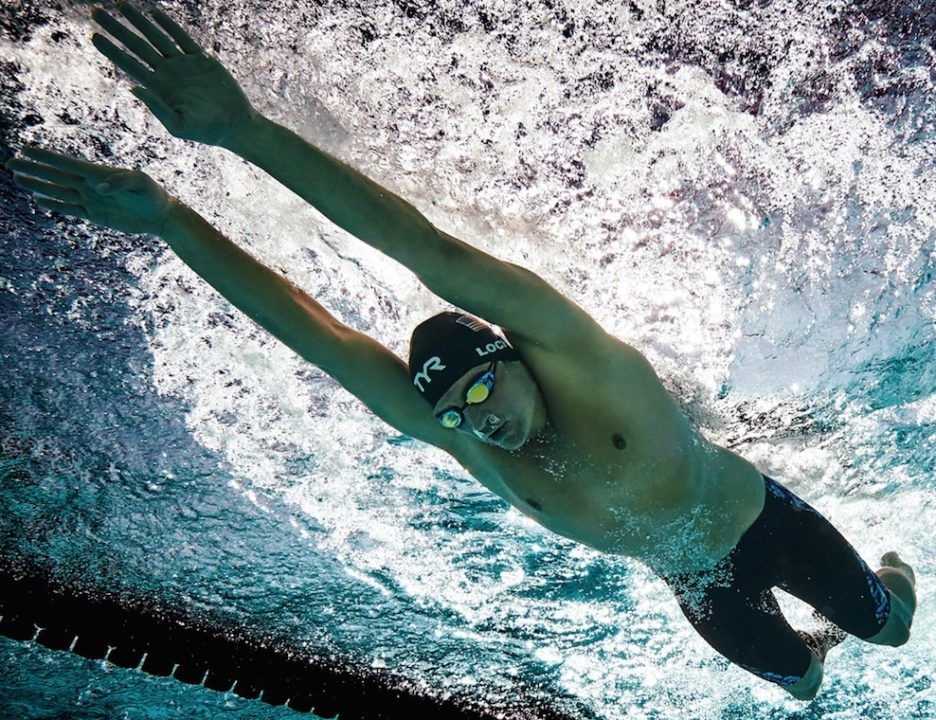 Ryan Lochte has scratched out of the men's 400 IM on day 2 of the PSS - Santa Clara. Archive photo via TYR

There have been a few major scratches for the first preliminary session of the TYR Pro Swim Series stop in Santa Clara, none bigger than Ryan Lochte bowing out of the men’s 400 IM. He was coming in as the 4th seed.

Lochte, the 2012 Olympic champion in the event, swam a very respectable 4:15.80 in the race last weekend in Vancouver, a time that put the 33-year-old 18th in the world and 2nd among Americans. The scratch isn’t a big surprise, considering he’s entered in seven different events over the weekend, including three on day 2. With the 400 IM out of the way, he’ll shift his focus to the 100 fly and 200 back on Friday.

Other notable scratches have come from Lochte’s Gator Swim Club teammate Jan Switkowski, opting out of the 100 fly where he was seeded 4th (he’ll still swim the 400 IM and 200 free on day 2), women’s 200 back 10th seed Claire Adams, and Dean Farris has dropped the men’s 200 back where he was coming in 20th.

Below, check out a full list of scratches from swimmers who were seeded to swim in the circle-seeded heats:

Maybe he’s saving a big swim for nationals. I really hope he swims it there after that!

And he’s done well enough in other recent meets lately that there’s no reason to worry.

Yeah, no reason for Dean to show his cards in the 200 back here

I am very sad. I waiting 400IM. Butterfly sprint and 200 back time this year is bad. No final level.

No need to worry…

Have fun , truly , to witness Ryan back on his swimming magic fins …..