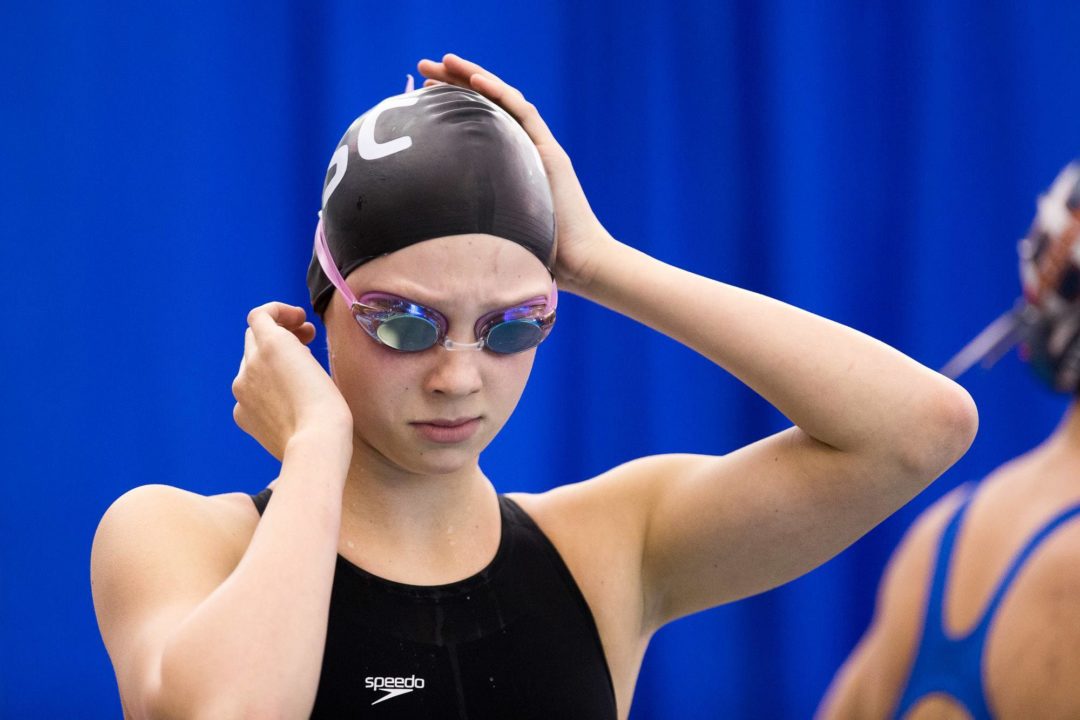 Savanna Faulconer was disqualified this morning for violating the "Lochte Rule" by coming off a freestyle wall toward her back. Current photo via Tim Binning/TheSwimPictures.com

The “Lochte Rule” is being heavily enforced at the 2016 U.S. Olympic Swimming Trials. 2015 Junior National Teamer and YMCA National Champion Savanna Faulconer of Y-Spartaquatics fell victim in the 400 IM earlier this morning, getting disqualified for coming off towards her back on a freestyle turn. Faulconer is an incoming freshman at the University of Florida.

Last November, FINA, citing the rule that only allows the backstroke to be swum on one leg of an IM, ruled that coming off a freestyle wall closer to the backstroke axis does constitute backstroke swimming, and thus is not a legal technique in the IM races.

You can read an in-depth analysis of the Lochte Rule here.

Full results of the women’s 400 IM prelims are here.

This is such an injustice. This rule needs to change. I get the concept but needs to come to a common ground. We allow bleeping butterfly dolphin kick on breaststroke pullout a but not someone doing a flip turn, which your natural somersault is to your back. At least amend the rule to be something like “must be on freestyle axis” before flags” or “before first kick”. Such crock

Looks like multiple DQs from the same lane. Bummer to be in lane 9 this morning. That rule is DEFINITELY not called consistently across the board.

Another lane 9 – on the freestyle turn – Heat 7. Sorry Solie. You got robbed.

Because it will be enforced at the Olympics.