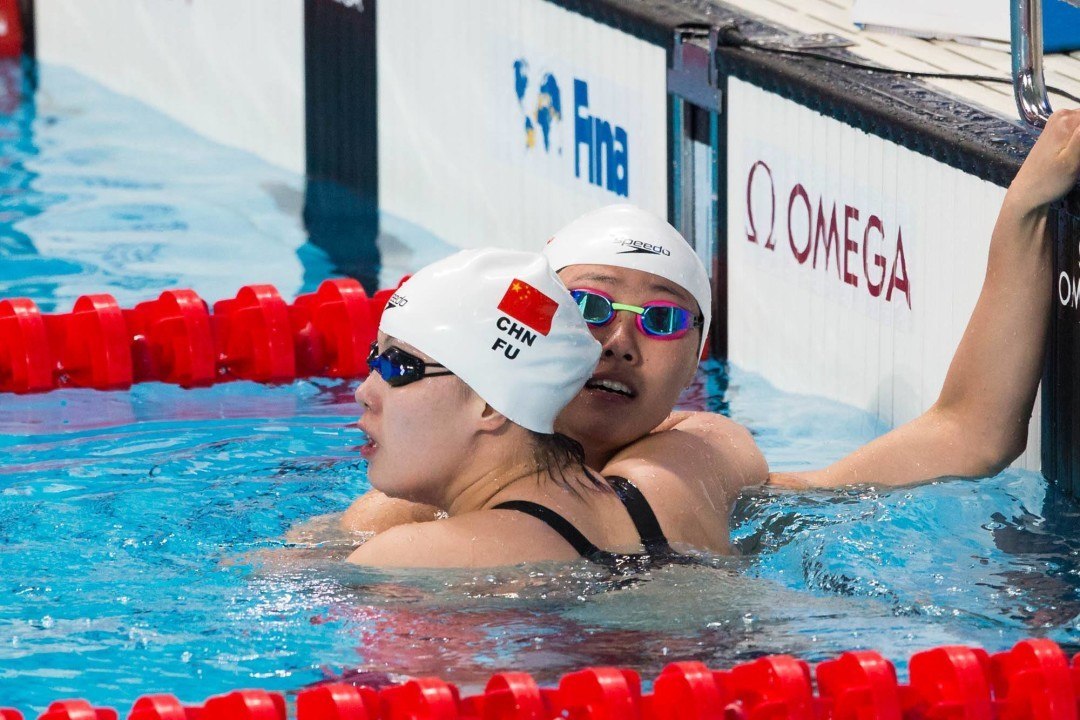 The third day of the 13th China Student Games saw finals for the 50 back, 200 breast, 100 free, and the slower heats of the 800 free.  Current photo via Tim Binning/TheSwimPictures.com

In the men’s 50 back, 2016 Rio Olympics 100 back silver medalist and national record holder Xu Jiayu took first with a 25.01, a new meet record. The women’s side saw a reshuffling of the 2015 FINA World Championships podium, with then-bronze medalist Liu Xiang narrowly upsetting then-gold medalist and 2017 FINA World Championships silver medalist Fu Yuanhui, going 27.43 and 27.54, respectively. Both women were well under their times from two years ago, and both broke the previous meet record.

Only the slower of the two heats for men and women swam the 800 free today. It’s all but certain that Sun Yang will dominate the field in tomorrow’s final.

Prelims for day four will begin at 9 a.m, with finals starting at 2 p.m.