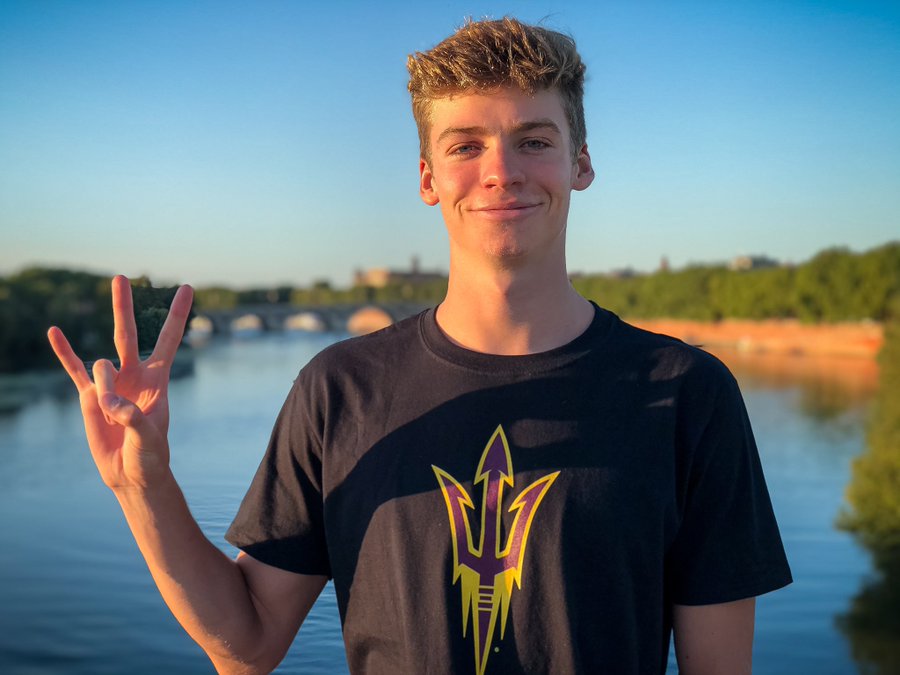 Frenchman and Arizona State University commit Leon Marchand has set a new national record in the 400 IM while competing in the second day of finals action at the FFN Golden Tour in Marseille.

The 18-year-old posted a time of 4:14.97 to take gold on home turf, downing his own previous record mark of 4:16.37 from the 2019 World Junior Championships held in Budapest, Hungary – which also won him a bronze medal at the event.

Taking the race out hard, he also took a large chunk off his time from this morning’s heats where he posted 4:22.59. This record-breaking swim comes a day after he became the second-fastest Frenchman ever in the 200 IM. He stopped the clock in 1:58.97 in that event to take silver behind winner Jeremy Desplanches (1:57.50).

fast by any standard! congrats!!!

Great job Marchand, club Toulouse and whoever coaches him. That would be nice to include in article!

The second-place finisher was only a couple tenths off Marchand’s old record too!