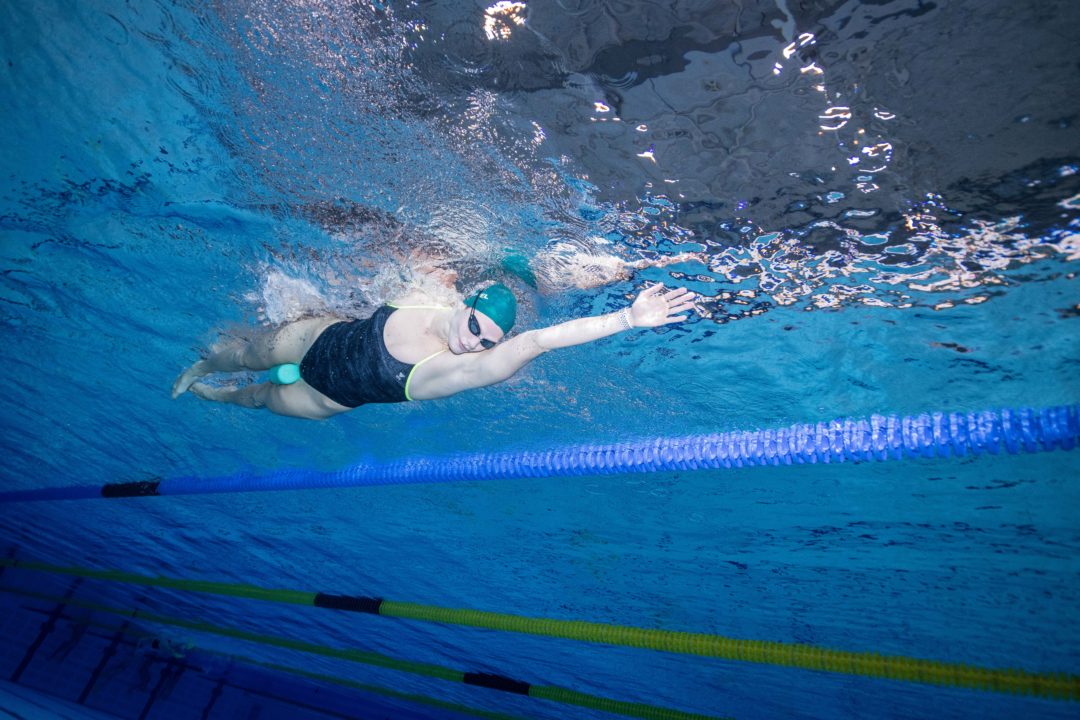 The women’s 100m free on day 2 of this FFN Golden Tour stop in Marseille already brought the firepower in the morning heats, with Marie Wattel of the host nation taking the top seed in a speedy 53.53.

Opening in 25.50 and closing in 28.03, the 23-year-old Loughborough-trained athlete ripped the top time of the prelims, with Dutch ace Femke Heemskerk right behind in 53.71. Only .01 away from the top two is French national record holer Charlotte Bonnet, who clocked a nice morning swim of 53.72.

But, only .01 away from Bonnet is 50m freestyle Olympic champion Pernille Blume. Blume was a hair off the top 3 with a quick 53.73.

As for Wattel, her 53.53 morning swim is already within range of her season-best, a mark of 53.40 she produced at the Manchester International Swim Meet just last month. As for Heemskerk, the Olympian’s 2nd-seeded 53.71 shaved .05 off of her previous season-swiftest, a 53.76 from January’s Flanders meet.

Also in the mix for tonight’s showdown is Swedish freestyler Michelle Coleman and Italy’s Olympic icon Federica Pellegrini. They took the 5th and 6th seeds in heats performances of 54.76 and 54.84, respectively.

Of note, Dutch swimmers Ranomi Kromowidjojo and Marrit Steenbergen abstained from the event.

The 2nd fastest man in the world right now in the 200m bresat did his thing this morning to land lane 4 easily. Arno Kamminga of the Netherlands put up a morning effort of 2:08.14 to lead the field by over 4 seconds. Kamminga’s lifetime best of 2:06.85 from last December rests only behind Japan’s Shoma Sato (2:06.78) in the season’s world rankings.

The men’s 50m fly this morning was on the speedy side as well, led by yesterday’s 50m free champion Florent Manaudou. The 30-year-old Olympic gold medalist in the 50m free from 2012 posted a morning heats time of 23.43 to hold a .22 edge over NC State athlete Nyls Korstanje of the Netherlands.

Korstanje stopped the clock in 23.65, while his future NC State teammate and yesterday’s 100m fly victor, Noe Ponti of Switzerland, rounded out the top 3 in 23.67. Just this past week, Korstanje lowered his own Dutch national record in this event to 23.40, while Ponti owns his nation’s standard at 23.48.

Such a dense 100 freestyle field ! You can watch the official live-stream on youtube right there : https://youtu.be/2zwIiQ-dasE