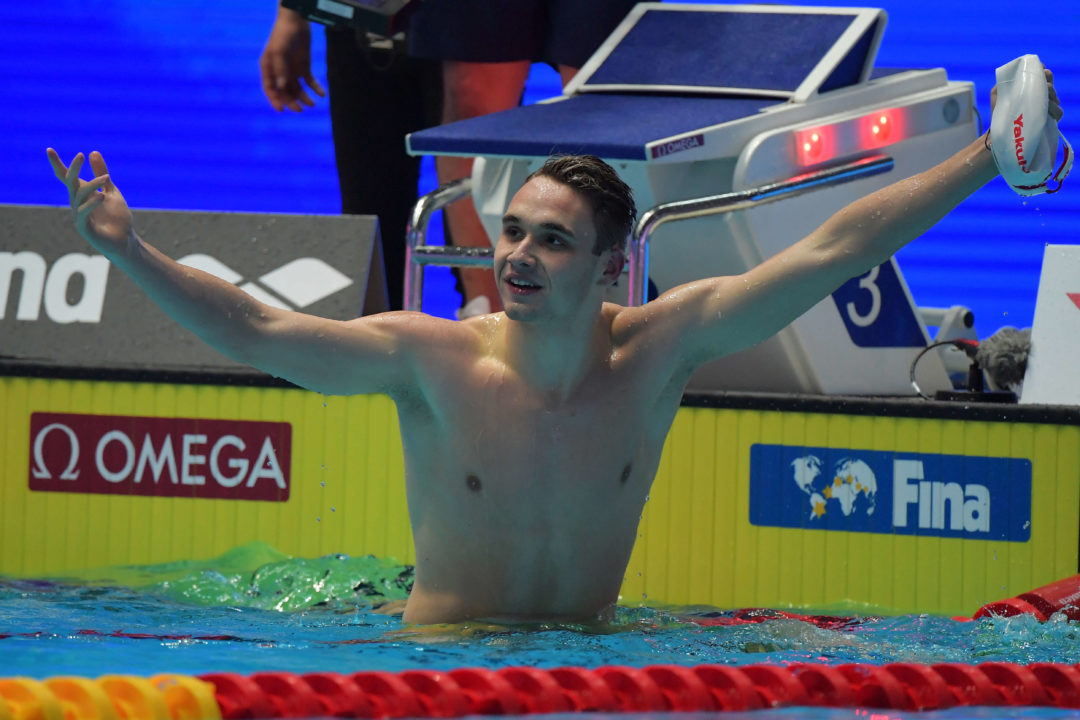 Unless you’ve been living under a rock, you know that Hungary’s 19-year-old Kristof Milak broke the men’s 200m fly World Record en route to gold during night 4 of the 2019 FINA World Aquatics Championships.

The time of 1:50.73 was significant in itself, but extra eye-popping since the new mark overtook the previous World Record time of 1:51.51 held by none other than America’s Michael Phelps, the most decorated Olympian of all-time. Phelps had held the record for a streak of 18 years, having most recently lowered the standard to the aforementioned back in 2009.

In the video below, teenaged Milak has trouble finding words to describe his incredible feat, appearing genuinely stunned he was able to accomplish what it is he just accomplished.

“I still need to understand how it happened,” the Hungarian says.

He also describes the race in detail, explaining how he ‘got scared’ seeing South African Chad Le Clos so speedy on the front section, but also saying this tactic only fueled him on and enabled him to hit the WR.

“I needed him [Le Clos] in front of me to reach the World Record.”

Milak also describes how he’ll be taking a break from fly for a while and move on to backstroke and freestyle, disciplines in which the teen has competed at an elite level in the past.

He took the 400m freestyle title at the 2018 European Junior Championships, as well as both the 200m and 400m free golds at the 2018 Youth Olympic Games in Buenos Aires.

This is how a new World Record holder feels after an incredible final in the 200m Butterfly!
Kristof Milak interview few seconds after the race ⬇️ #FINAGwangju2019 #Swimming pic.twitter.com/74JeDd5Lkk

As long as he’s ready for 2020… do breaststroke if you want.