Kristof Milak Had COVID-19 In September; Out of ISL Season While Recovering 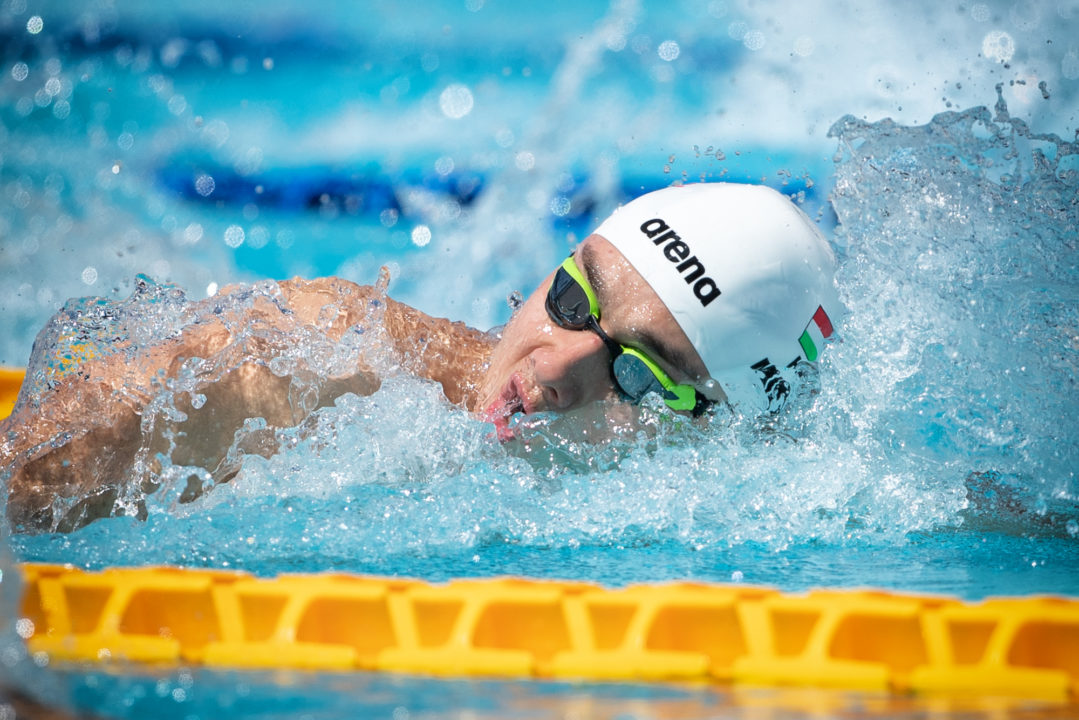 World record-holding butterflyer Kristof Milak had a bout with COVID-19 last month and is out of the International Swimming League while he recovers. Archive photo via “Rafael/Domeyko Photography”

World record-holding butterflyer Kristof Milak had a bout with COVID-19 last month and is out of the International Swimming League while he recovers.

Sources say Milak had symptoms during his coronavirus quarantine, including fever, weakness and weight loss. The 20-year-old is now testing negative for the coronavirus, but needs more medical testing before he can even return to the pool for training.

That means the reigning world champ in the 200 fly will not compete in the International Swimming League’s 2020 season – at least in the early stages. One source told SwimSwam that it was possible Milak could join the league later in the season, but said it was unlikely at this point given how much muscle-mass Milak lost during his bout with the virus.

Hungary had a number of notable swimmers test positive for the coronavirus earlier this year. Back in March, world champ Boglarka Kapas announced a positive test on social media, along with Dominik Kozma, David Horvath and Richard Bohus.

Hungarian star Milak was set to represent the Hungary-based team Iron in the International Swimming League this season. He’s not the first ISL athlete to test positive for COVID. Italy’s Stefania Pirozzi (Aqua Centurions) tested positive this month, prior to her departure for the league’s second season in Budapest. And Dutch swimmer Femke Heemskerk (Energy Standard) also tested positive prior to her departure.

Is Hungary really the safe place to hold ISL? The situation is worrying.

How about Solomon Islands with 2 cases?

Sweden seems to have gotten over the hump.

There are only two options, either the situation is worrying or your government is lying to you.

NBA and WNBA created a safe environment in a state with high infection rate so it can be done well. Hockey did it in Canada. So yes if they create an airtight bubble….otherwise it will be iffy!

I’m feeling a little less optimistic about the ISL bubble. People in the bubble can leave it for 90 minutes a day, while the NBA bubble doesn’t encourage leaving it at all. I wonder how many people will actually leave the bubble for the ISL.

I don’t think the NBA bubble allowed leaving and a strict guideline on who was let it.

Now the difference is you have people being incentived hundreds of thousands to millions in the NBA where you have a real chance at compliance.

Sounds like these swimmers are being offered some very dangerous freedoms. Imagine If some of them catch the cerveza bug and are asymptomatic. The horror …

given that 50 % of people who wear a mask there, wear it on their chin, probably not. Social distancing in Bp means at least 10 inches between people on the bus. I think they are going for herd mentality

Any Covid positives on Monday?

I really hope it doesn’t affect his lung capacity! Get well soon Milak.