Kenderesi Edges Ivanov In 200 Fly Swim-Off; Both Come Home In 28 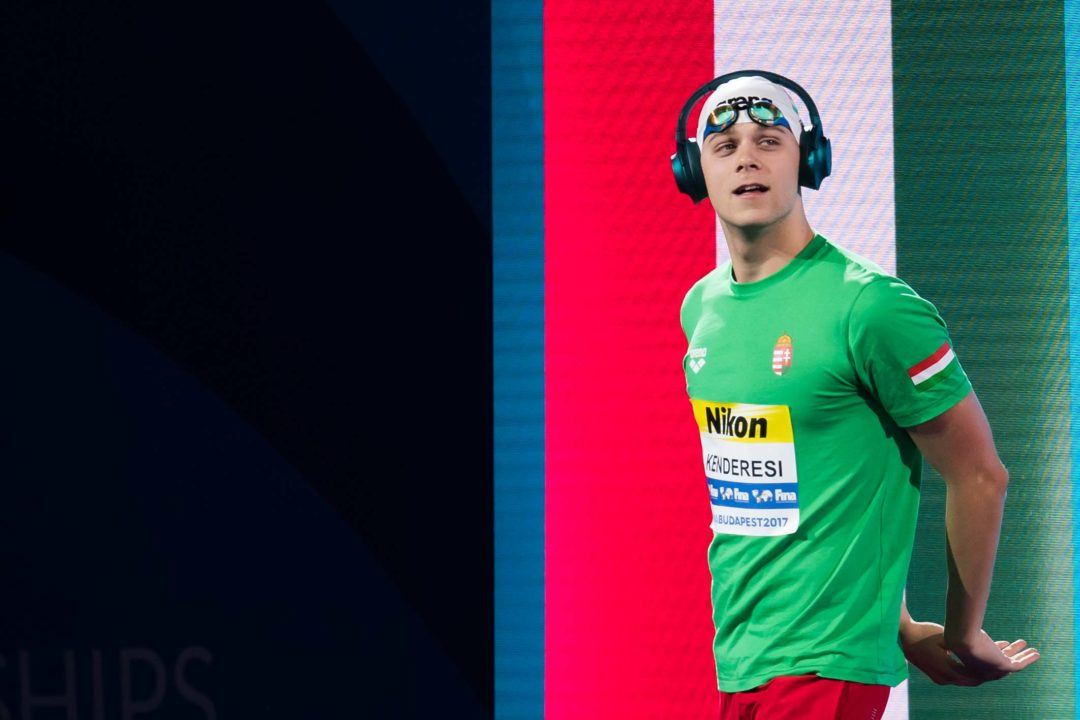 Tamas Kenderesi out-touched Antani Ivanov in the men's 200 fly semi-final swim-off to make his way into the final in a time of 1:59.39. Archive photo via Mike Lewis/Ola Vista Photography

A swim-off kicked off day four at the 2019 World Championships in Gwangju, as Hungarian Tamas Kenderesi and Bulgarian Antani Ivanov battled head-to-head for a berth in the men’s 200 fly final on Wednesday night.

After tying for eighth in the semis in a time of 1:56.25, the two took a different approach to the swim-off.

They either played a game of possum or made an agreement beforehand, but either way, Kenderesi and Ivanov took the race extremely easy through the first 150 metres before launching into a mad sprint on the last 50 to get into the final.

Both sitting well over five seconds behind their semi-final pace with one lap to go, they turned on the jets and raced home. The Hungarian, who is known as one of the better closers in this race to begin with, trailed by 0.33 at the last wall but split 28.26 coming home to touch first and qualify for the final in 1:59.39.

The 2016 Olympic bronze medalist in this event, Kenderesi came into this meet ranked second in the world with his personal best time of 1:53.42 from the Hungarian Championships in March. He has looked off form thus far, but now has a chance to claim his first World Championship medal in the final.

Kenderesi’s countryman Kristof Milak blazed through the semis, posting the top time of 1:52.96, and will be the man to beat.

I’m very happy for Kenderesi, this was a heroic swimm for him with his injured knee(he will undergo surgerí right after the Worlds), he couldn’t train with legs for six weeks, but he didn”t make excuses for advance, I hope he will be in the top 6, he deserves it!

I doubt they had any agreement. It makes sense if you’re just racing one other person to not burn out, unless you think you’re way better than them endurance-wise.

It’s almost like a cycling track sprint, although it’s a bit harder to slipstream.

This is what swimming’s about. Two men from different countries making agreements to make the 2 fly a little easier. Beautiful.