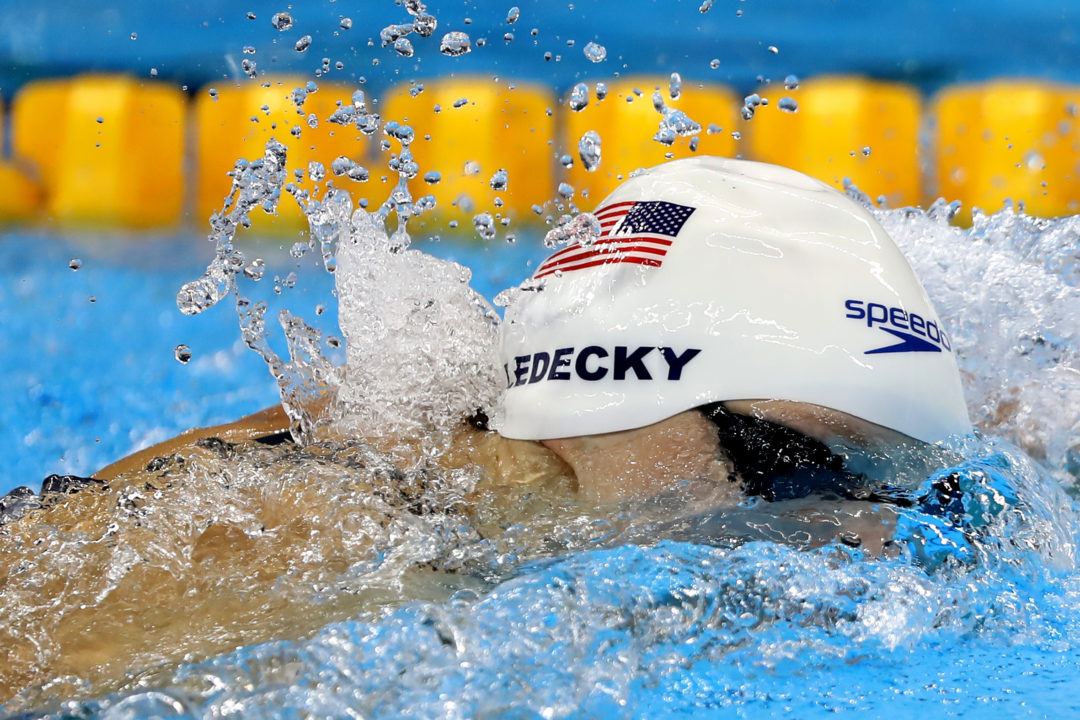 As expected, Katie Ledecky absolutely dominated the field in the women’s 800m freestyle to smash her own world record and win her fourth Olympic gold of these games putting her in an elite class of the best of the best swimmers in the history of our sport.

Under world record pace for the vast majority of the race, Ledecky managed to establish over a 15-meter lead on her competitors as she clocked in at 8:04.79 to take almost two seconds off her world record as she waited for over 11-seconds to see who would be standing on the podium with her later on.

As it turned out, Jazz Carlin of Great Britain and Boglarka Kapas of Hungary would be the two swimmers to touch second and third behind her. Separated by just two tenths of a second at the wall, Carlin got the better of the touch and thus the better of the two medals.

Ledecky is tied as the third  female swimmer to have won four gold medals at a single Olympics. The only swimmer who has won more than that was Kristin Otto of East Germany with six.

In their never ending quest to suck in ways that no one ever thought of before, NBC gives us a truncated race video. Good heavens they are abominable.