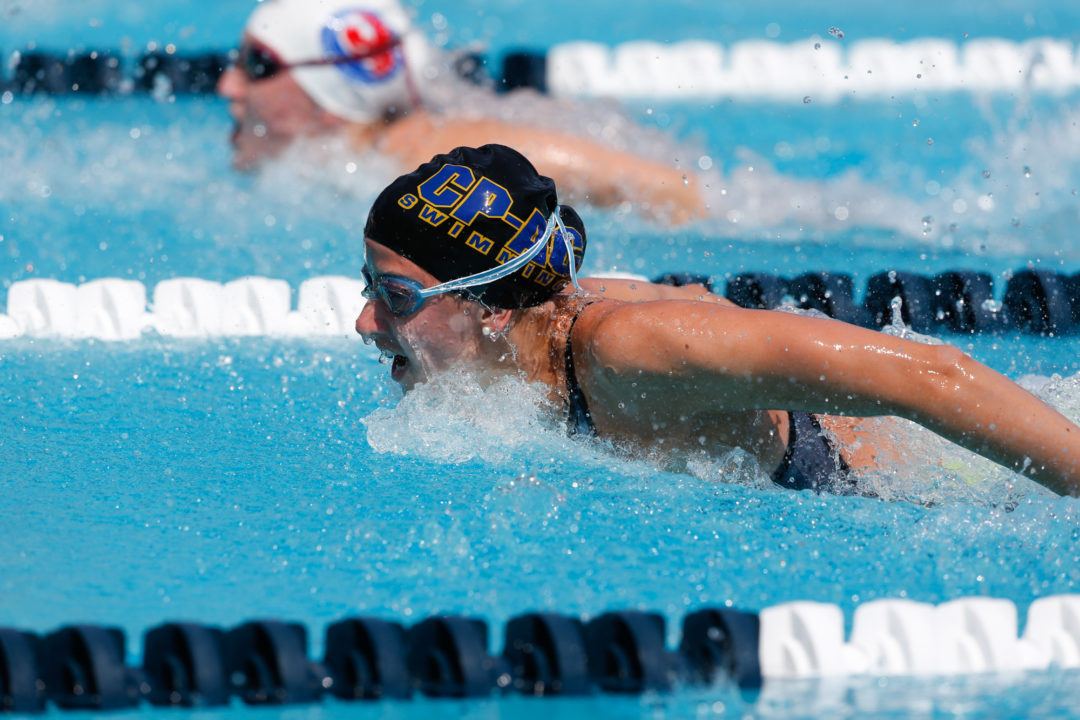 That swim was a near three-second drop for Douglass from her old best time. Archive photo via Tim Binning/TheSwimPictures.com

Only two distance events and the 800 free relays were on tap tonight in Ithaca. In the relays, as expected, Chelsea Piers Aquatic Club dominated on the women’s side. They had dynamite legs to start things off, as Kate Douglass led off with a 1:45.16 followed by Maxine Parker at 1:46.20.

The first individual race in the women’s mile, with 13-year-old Mary McKenna of Long Island Express battling 16-year-old Orla Egan of Laguardia Aquatic Club all the way to the finish. Egan split two 29’s and then a 27-low, but McKenna held her off, and the 13-year-old triumphed at 16:36.26 over Egan’s 16:36.95.

McKenna, who previously sat 29th in 13-year-old history in this event, moves to 17th all-time with that swim.

The men’s distance event was the 1000 free, and the race was incredibly tight there, too. 16-year-olds Connor Hunt of Ridgefield Aquatic Club and Matthew Styczen of New York Sharks charged to the wall together, with Hunt taking the win at 9:10.17 ahead of Styczen (9:10.82).

Connor Hunt is a god.

UVA Coaching Staff has got to be FIRED UP when they see this.