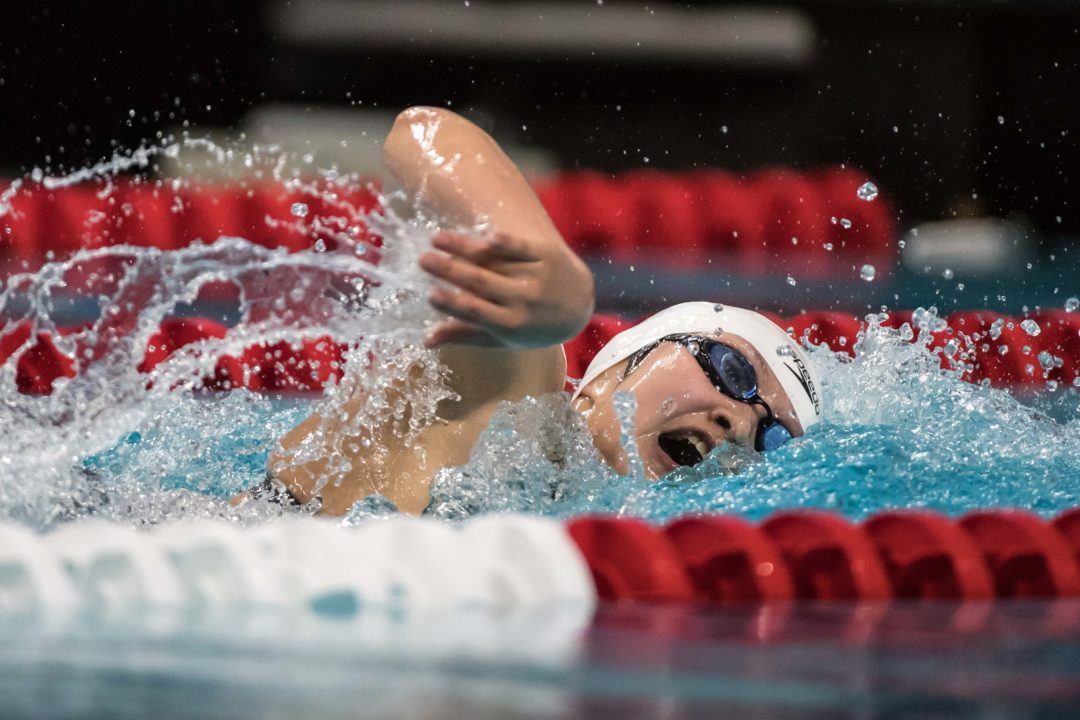 After the end of the 2018 TYR Pro Swim Series meet at Austin, Chase Kalisz and Zane Grothe are tied for the overall men’s point lead, while China’s 15-year-old Li Bingjie leads the women’s standings.

Kalisz and Grothe each won three individual events and took third in one for a total of 16 points and $3,200.00, while Li combined three individual wins for $3,000.00 and 15 points. Kalisz is fighting to defend his title, after winning the $10,000 bonus and 1-year BMW lease that comes with the end-of-series high-point award last year.

The overall scoring system remains the same as it has in previous years, with $1,000 and five points as the top prize for Olympic individual event winners. However, this year the shootout events have put even more money at stake. Shootouts do not result in any overall points, which is why a swimmer like Michael Andrew with strong shootout performances but no medals in the other individual events will come away from this weekend with $1,200 and 0 points.

You can see a full breakdown of the prize money and points systems here.

In addition, it’s always worth noting that swimmers will accept or decline prize money in accordance with the NCAA-eligibility standards.