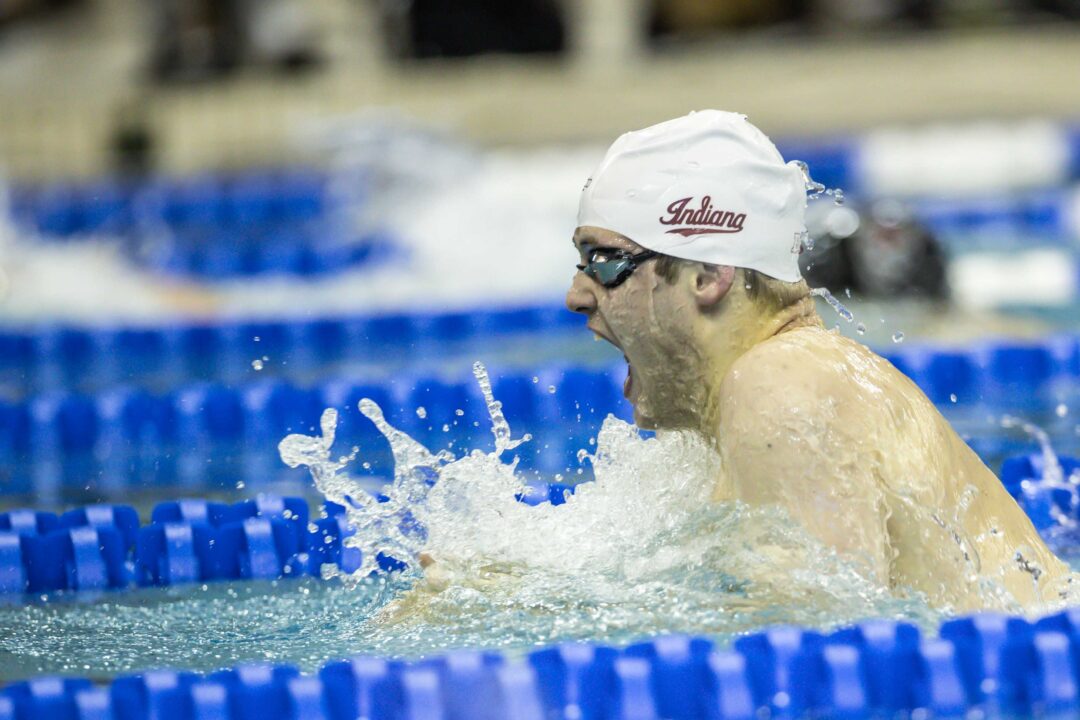 With 25m to go, it looked like there were several men in the race, but Matheny turned on the jets from there, powering home to a 59.44 victory. Current photo via Jack Spitser/Spitser Photography

Just as in the women’s race, the top two men at the 50m mark finished first overall. This time, however, there, was a lead change in there. Texas Longhorn Caspar Corbeau, who represents the Netherlands internationally, took it out in 28.01. But top seed Josh Matheny was right there with him, touching in 28.21, with several other men right behind.

With 25m to go, it looked like there were several men in the race, but Matheny turned on the jets from there, powering home to a 59.44 victory. Matheny had been 1:00.32 or better six times before today, but hadn’t cracked the one-minute barrier until he went 59.68 in this morning’s prelims. Tonight’s time makes him the 11th-fastest US man in history.

Gotta root for this kid. Such a positive, happy vibe!