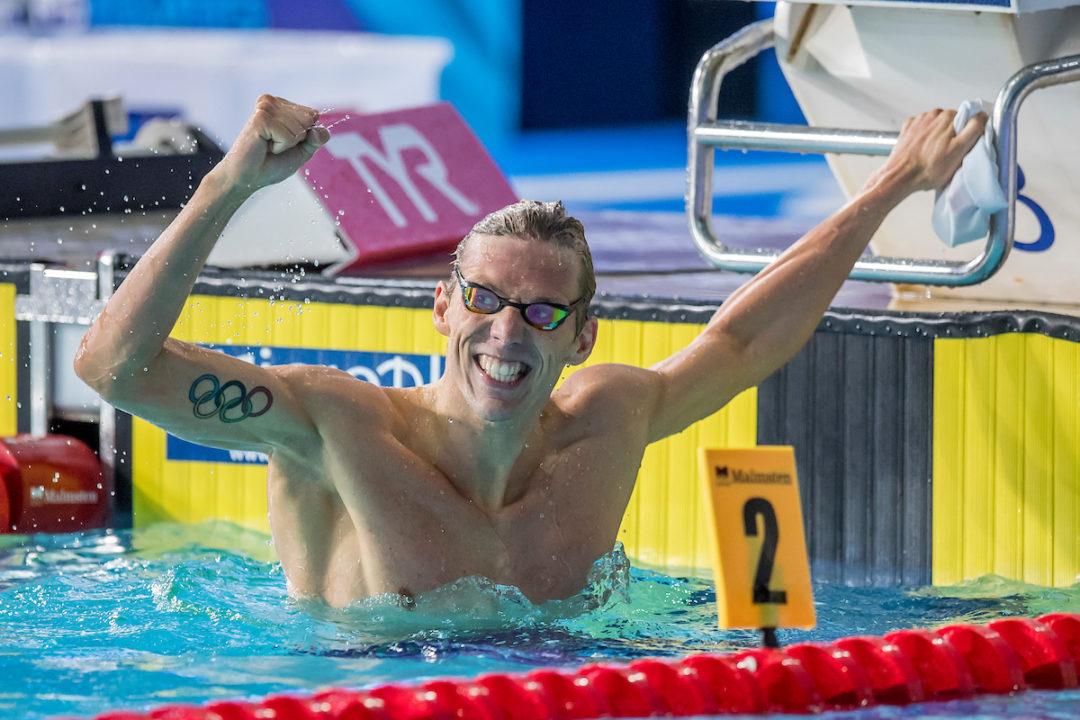 Swimming at the French Elite National Championships, Swiss star Jeremy Desplanches broke his own Swiss National Record in finals of the men’s 400 IM. Desplanches won the event by an astonishing 5.31 seconds, clocking a 4:12.86. Desplanches already held the Swiss Record at 4:13.11 from the 2017 French Nationals meet. Here is a breakdown of his splits from his 2017 record versus his splits from today:

Desplanches took the race out faster tonight, outsplitting his 2017 time by 0.37 seconds on the fly leg and 0.82 seconds on backstroke, for a total -1.19 seconds on the front half versus 2017. He did pay for that front half speed a little bit, however, splitting slower than his 2017 performance on breaststroke by 0.60 seconds, and freestyle by 0.34 seconds, for a total of +0.94 seconds on the back half. Of course, there’s nothing dramatically different about the splits between his two swims, but that’s to be expected considering he broke the record by 0.25 seconds.

His time is currently 4th in the world this year (although with so many meets going on right now, the FINA rankings may not be fully updated). Desplanches also holds the Swiss Record in the 200 IM (1:56.86), which he will be swimming on Friday.