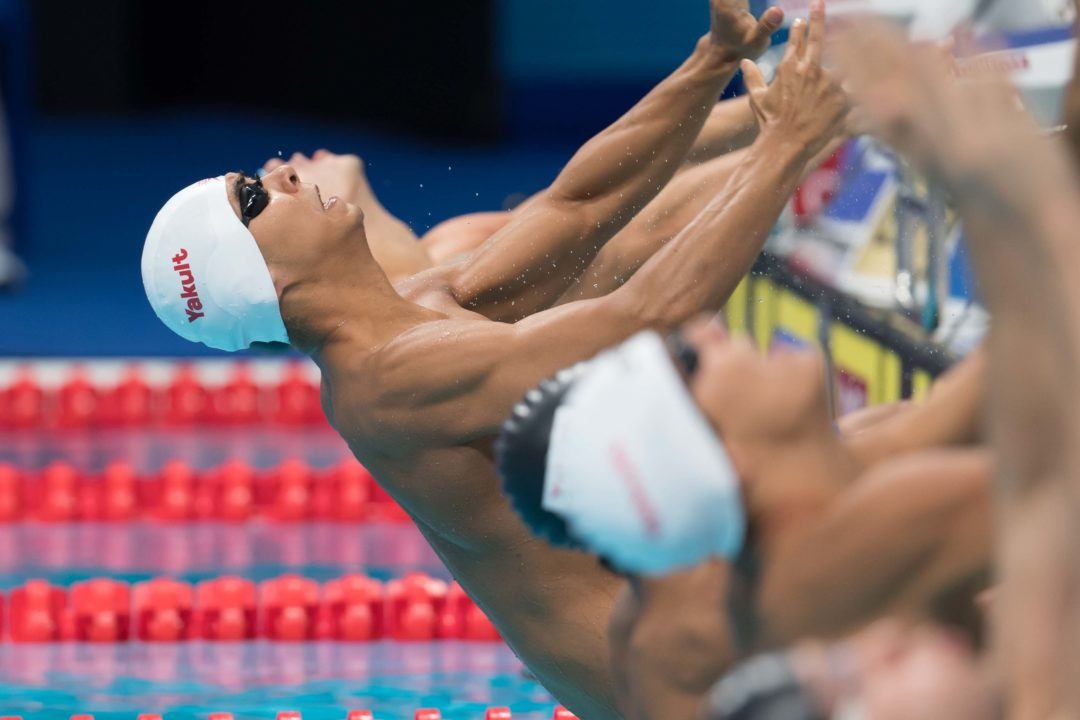 Javier Acevedo (above) is now the first Canadian under 25.00 in the 50 back while New Zealand's Jeffcoat cracked his own national record to win gold. Archive photo via Mike Lewis/Ola Vista Photography

It took national record-setting times to win the men’s 50 back at the 2022 Commonwealth Games on Monday. New Zealand’s Andrew Jeffcoat led the charge by blasting a 24.65 to take .17 off his own Kiwi national record he set in the semifinals (24.82) to win gold. That semifinal swim cracked the previous record, which he also set, in February, by .01.

Javier Acevedo put the Canadian national record under the 25.00 mark for the first time to win bronze, breaking the previous mark first set by Russell Wood in 2015 (25.13) which Acevedo tied at the 2017 World Championships. Acevedo touched the wall third with a time of 24.97 to win his third bronze medal of the meet including the men’s 400 freestyle relay and the mixed 400 freestyle relay.

With this swim, 23-year-old Jeffcoat won New Zealand’s fifth gold medal of the meet. He finished 4th in the 100 back final earlier in the meet with a lifetime best time of 54.13 and he is scheduled to swim the 200 back on Tuesday. 24-year-old Acevedo made it to the 100 back semifinals and still has the 200 IM on Wednesday and the 4×200 freestyle relay later this finals session.

South Africa’s Pieter Coetze completed the podium in Birmingham, taking silver with a time of 24.77.

Well done Andrew. Congratulations on your win and NZ record. Great bounce back after the 100.