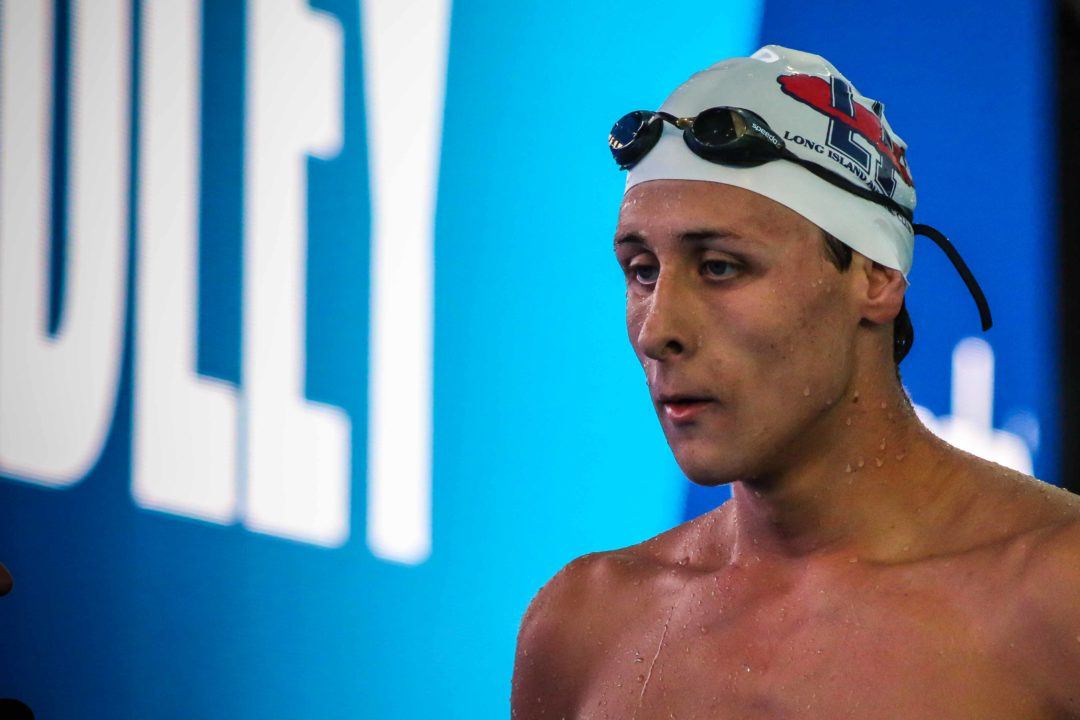 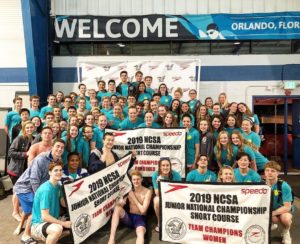 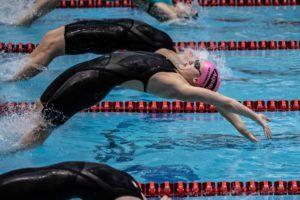 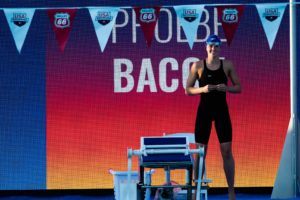 There were only 3 top 10 scratches for the first prelims session (and 2nd day), the biggest of which is the absence of Jason Louser, the 4th seed in the boys’ 500 free. He originally had 3 individual entries on the day, and opted to sit out the 500 free in favor of his other two events: the 200 backstroke and 100 breaststroke.

Luke Maurer of NASA Wildcat Aquatics has made the opposite choice: he’s scratched out of the 200 back, where he would have been the 7th seed, in favor of the 500 free, where he’s the 12th seed with a 4:27.17.

The biggest scratch on the women’s side is 14-year old Kaelyn Gridley, who would have been the 9th seed in the 100 breaststroke. She ranks 4th nationally among 13-14s this season with a 1:01.64, and has no other individual swims on Wednesday.

Among the big races on the schedule for Wednesday for the swimmers who remain is the boys’ 200 backstroke, and the first big showdown between Peter Larson, Jack Dolan, and Sean Conway: each in their last NCSA meet.

The same race in the girls’ pool will be a showdown between US National Teamers Phoebe Bacon and Isabelle Stadden. Historically, Stadden has had the advantage in the 200, while Bacon gains an edge as the races get shorter.

There’s also National Age Group Record watch in the girls’ 100 free, where Tori Huske and Grace Cooper, both 16-year olds, will be chasing Simone Manuel’s 47.73 from 2013.