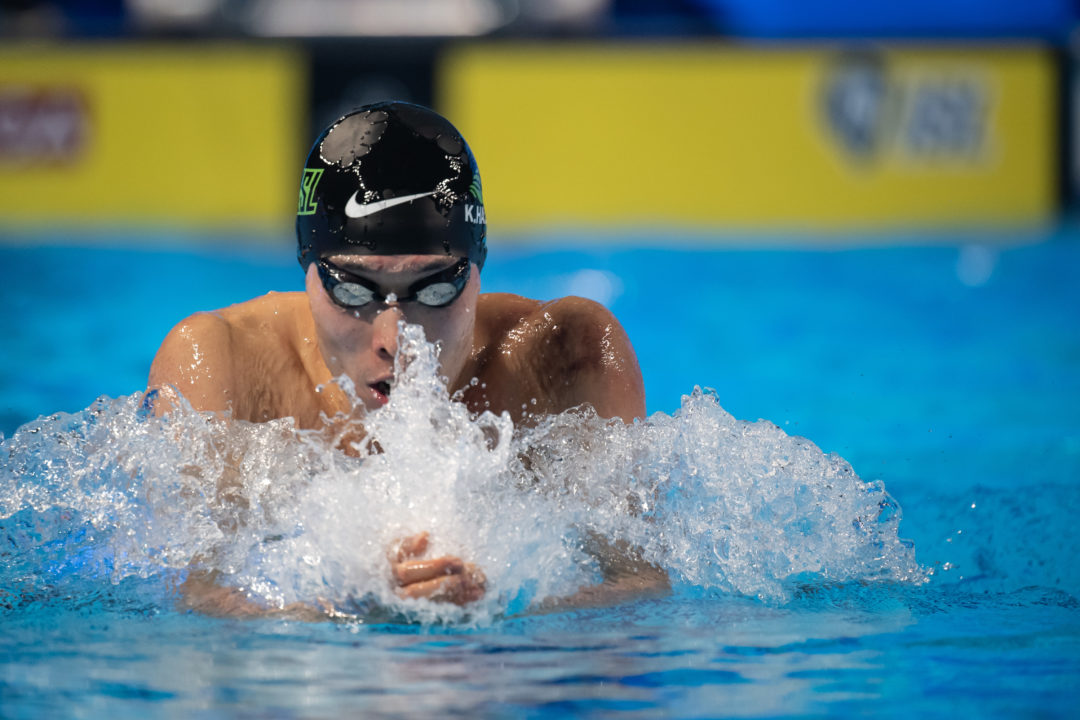 The Japanese elite will be vying for Olympic roster spots without fans in the stands at their sole Olympic qualification meet set for April. Archive photo via Mike Lewis/Ola Vista Photography

Last December the Japanese Swimming Federation (JASF) confirmed the new dates for the nation’s Olympic Trials and then last month floated the idea that the elite affair may be held without fans.

Set for Saturday, April 3rd – Saturday, April 10th at the newly-constructed Tokyo Aquatic Centre, the Japan Swim meet represents the sole Olympic-qualifying opportunity for Japanese swimmers. The competition will also serve as a selection for the 31st Summer Universiade.

However, the best of the best will be competing sans spectators, as the JASF just confirmed that the Japan Swim will indeed be held behind closed doors. This new restriction is already in addition to a limited number of swimmers being accepted to the competition, with approximately 40 per event being allowed to enter.

As an extra incentive in addition to making the Olympic team for a home-based Games, however, athletes will be eligible for significant prize money for placing in the top 3 at the Japan Swim. A new world record nets a swimmer 3 million yen (~$28,000 USD), while a Japanese national record puts 1 million yen (~$9,300 USD) in the swimmer’s pocket.

No foreign fans for Olympics…

If this is what it’s going to take to have the Olympics take place then so be it. It is a big risk having people come into the country from all areas of the globe. Wish it were different, but I understand and will watch the NBC feed with the great one…Rowdy Gaines.

Let’s hope those of us not in the USA don’t have to listen to Rowdy.