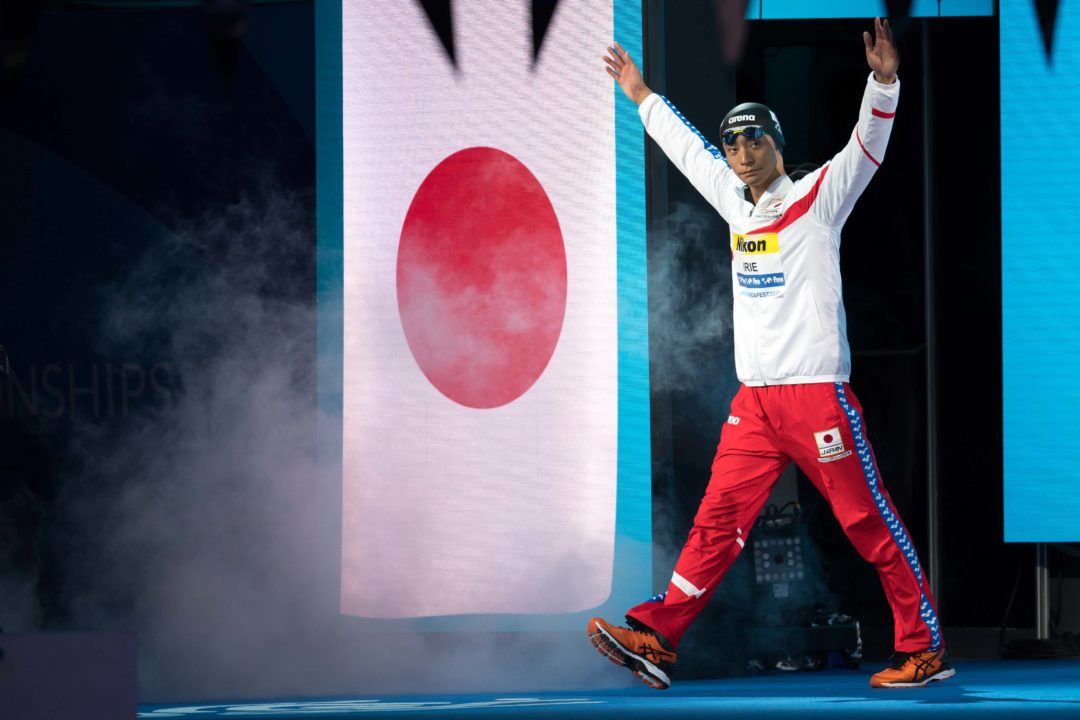 Ryosuke Irie was part of the Japanese team that broke an eight year-old Asian Record in the men's medley relay tonight at the 2017 World Championships. Current photo via Mike Lewis/Ola Vista Photography

The Japanese men couldn’t quite snare a medal in the last event of the 2017 World Championships, the 400 medley relay, but they were able to take down an eight year-old continental record.

Ryosuke Irie led off for Japan, putting them second behind only the US.  Yasuhiro Koseki followed with a 58.54 split, the fastest of any man in the field not named Adam Peaty.  At that point, the USA, Great Britain, and Japan were all within two-tenths of a second.  Yuki Kobori kept things close on the fly leg, but Shinri Shiouri had to contend against a monster split by the Russian Vladimir Morozoz.  Japan touched in 3:30.19, with the Russians just clipping them for bronze with a 3:29.76.

Still, Japan’s time knocked over half a second off the previous Japanese and Asian Records, which was set at the 2009 World Championships in Rome.  Irie, one of the most decorated swimmers in Japan’s history, was the only member of the 2009 squad to be on that same relay today.

no golds for them this year. either.