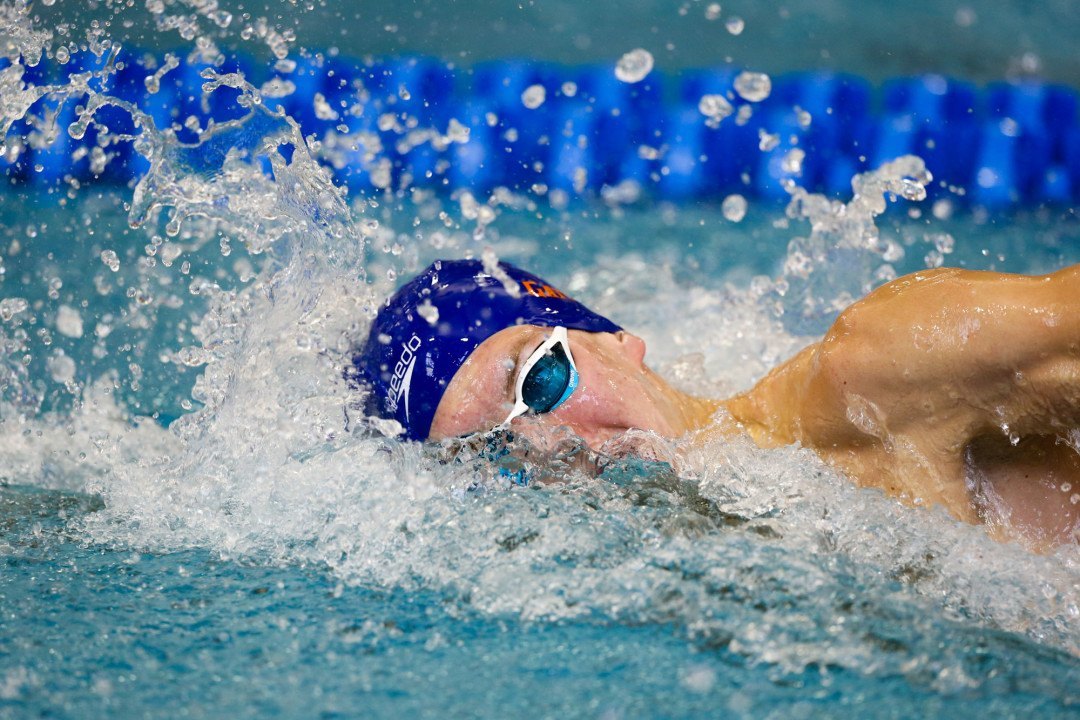 Senior Jan Switkowski is dropping the 200 free for the 100 fly at this year's NCAA Championships. Current photo via Tim Binning/TheSwimPictures.com

The 2018 Men’s Swimming & Diving Championships pre-selection sheets dropped earlier today, and as promised, we’re breaking down some of the more intriguing entries.  For the most part, key swimmers’ entries look pretty similar to previous years, but the Florida men have had a few interesting choices.

Senior Jan Switkowski is dropping the 200 free, where he finished 9th last year and 4th in 2016, and instead adding in the 100 fly.  While you don’t often see someone drop an event after finishing 4th the year before, in this case, it’s not, a huge surprise, as Switkowski has been a very strong fly swimmer for Florida.  He’s been the chief fly swimmer on Florida’s medley relays the past two years, splitting a 45.06 split in the prelims of the 400 medley relay at 2017 NCAAs before swapping to the free leg for finals.   He’s also scored points in the 200 fly at NCAAs the past two years, finishing 9th and 10th.  More recently, he did win the 100 fly at SECs last month after teammate Caeleb Dressel opted to swim the 100 breast.

Switkowski’s seed time of 45.26 from SECs ranks him 6th on the pre-selection sheet, so he definitely has a good shot at making the A-final, and that time also would’ve placed 6th at last year’s NCAAs.  He may have a hard time moving up much more than that, as there are four men swimming the event who already have lifetime bests under 45 seconds, including the two fastest men ever in the event, Dressel and Joseph Schooling.

Still, the move makes sense for Florida from a team scoring perspective.  The Gators have Khader Baqlah seeded 3rd and Maxime Rooney seeded 11th in the 200 free, so the Gators should still pick up plenty of points in that event, even without Switkowski competing in it.

Florida is projected to have 13 swimmers earn individual invites to the NCAA Championships, the 5th-most of any team.