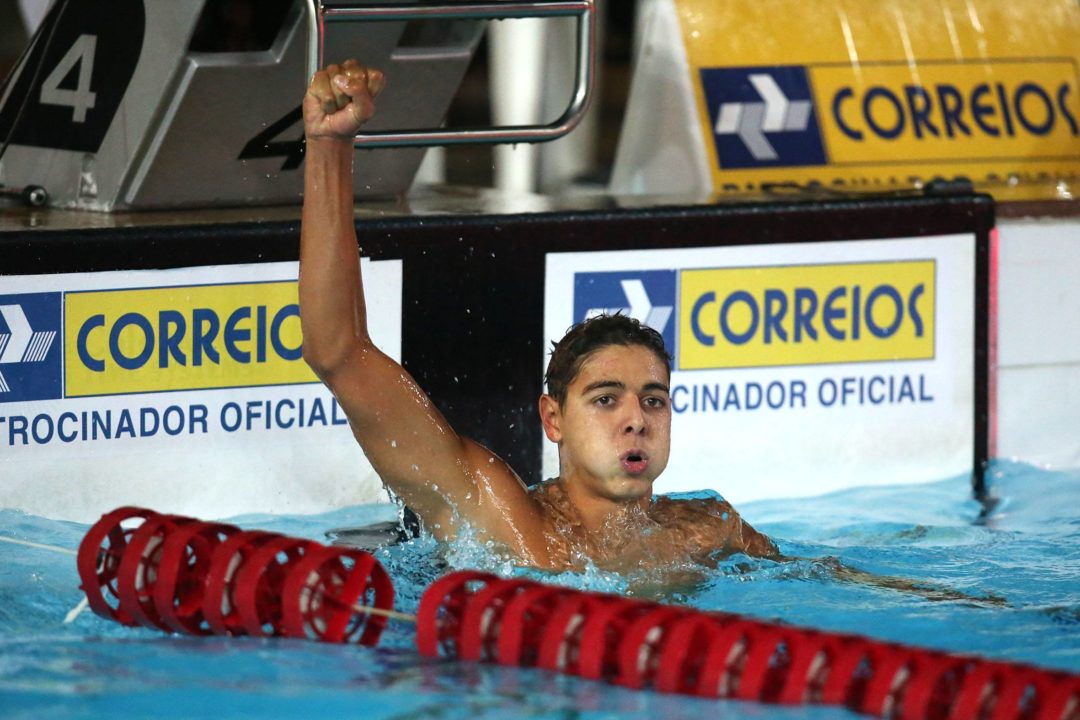 Lanza took a sizeable lead in the 200 IM as he took gold in 2:03.31. Lanza then won another gold in Meet Record time with his 53.07 in the 100 fly. Archive photo via Tim Binning/TheSwimPictures.com

Indiana postgrad Ashley Neidigh picked up 1 more gold to close the meet in a tight 1500 free battle with IU’s Cassy Jernberg. The two swimmers were neck-and-neck the whole way, but Neidigh was able to pull slightly ahead, winning in 16:41.59 to Jernberg’s 16:42.33. Neidigh then went on to take silver in the 200 free, touching in a lifetime best 2:02.81 behind Purdue’s Kaersten Meitz, who led from start to finish in 2:02.29.

On the men’s side, Indiana All-American Vini Lanza took control of the 200 IM. He took a sizeable lead after his opening 25.28 fly split and the field was never able to close on him as he took gold in 2:03.31. Lanza then won another gold in Meet Record time with his 53.07 in the 100 fly. That took over a second off the previous record of 54.15 done by Aaron Whitaker in 2013.