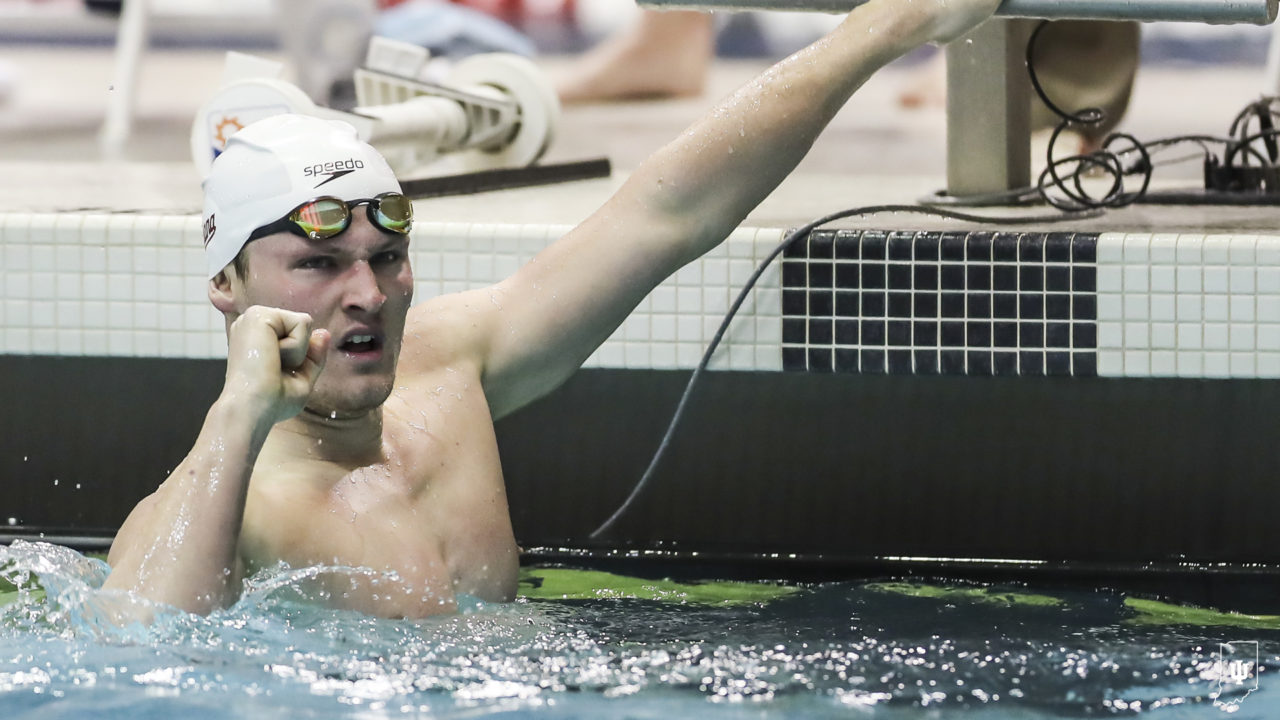 Indiana junior Brendan burns has opted to compete in the 100 fly, 100 back and 200 fly at the 2022 Men's NCAA Championships. Current photo via Indiana Athletics

The NCAA released pre-selection psych sheets for the men’s NCAA Division I Championships this morning, revealing the event lineup for the nation’s top swimmers. One notable lineup includes Indiana junior Brendan Burns, who will swim the 100 fly, 100 back and 200 fly later this month.

For SwimSwam’s recap of the pre-selection psych sheets, click here.

Burns, one of the top butterfliers and backstrokers in the country, enters the meet as the 25th seed in the 100 fly, the top seed in the 100 back and 5th seed in the 200 fly. This mirrors his event lineup from last year, though he could have chosen to tackle the challenging 200 fly/back double, as he currently holds the 6th fastest time in the nation in the 200 back.

Instead, he has opted for his lower seeded 100 fly over the 200 back, giving him the easier double on day three of the meet and also freeing him up for a possible appearance on IU’s 400 free relay.

The entry is relatively surprising, as Burns experimented with the 200 fly/back double at the Big 10 Championships and found great success, winning the conference title in both events. In the 200 back, he touched in 1:39.34, a new lifetime best. He then returned to win the 200 fly title in 1:39.81, only his second time under 1:40 and just off his lifetime best of 1:39.22 from last year’s Big 10 Championships.

The 100 fly, the event he chose over the 200 back, is also one of the fastest events in men’s NCAA swimming at the moment, with the top 10 seeds all having swum under the 45 second barrier this season. Burns will likely need to post a massive lifetime best to qualify for the A final, as his current lifetime best of 45.26 from last year’s Big 10s would be tied for 16th on this year’s NCAA psych sheets.

Complete chad schedule. Big thanks to his coaches for listening to him also

People scared of these doubles while the gigachad Brooks Fail does the 1650/2fly double again.

Actually it turns out I’m wrong: he’s gone for the 400 IM instead of 200 fly, and he’s seeded pretty well for the IM

Would love to see an interview with him and get his take on the events he picked!

He wants a shot at that 2 fly dub