Italy Makes A Move On Day 3, But The U.S. Still Owns the Budapest Medal Table 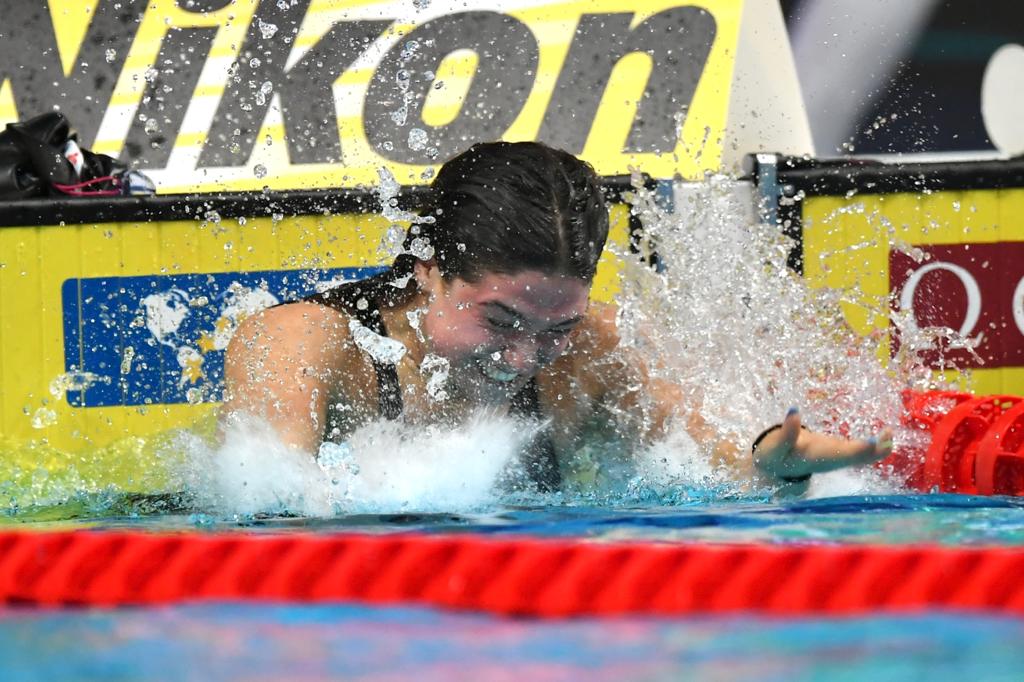 17-year-old Benedetta Pilato was one of two gold medalists for Italy tonight, bringing the nation up two spots in the medal table. Current photo via Fabio Cetti

The nation of Italy made a big jump in the overall swimming medal table on day three of the 2022 FINA World Aquatics Championships.

Fueled by a huge World Record-breaking swim in the men’s 100m backstroke by Thomas Ceccon, Italy frog hopped both France and Australia to now position itself in the second slot behind the United States.

But Ceccon wasn’t the only gold medal-winning Italian swimmer on the night, as 17-year-old Benedetta Pilato topped the women’s 100m breaststroke for another notch in that top prize column.

Romania claimed its first medal at these Championships, a gold by way of 17-year-old David Popovici‘s World Junior Record in the men’s 200m free. Great Britain also earned its first medal of the meet in that same race, with reigning Olympic champion Tom Dean scoring bronze.

South Korea’s Hwang Sunwoo snagged silver in the 200m free to put his nation on the board, while Lithuania’s Ruta Meilutyte brought home the bronze in the aforementioned women’s 100m breast.

But it’s still ‘the United States show’ when it comes to the overall medal table leader status, with the stars n’ stripes now boasting 18 medals in all.

Although the women were shut out of the breaststroke, they reaped 4 pieces of hardware in Budapest on day three, with Katie Ledecky and Katie Grimes earning the respective gold and silver in the 1500m free while Regan Smith and Claire Curzan secured gold and bronze in the 100m back.

Italy has been on the verge of morphing into a big medal winning power for a while now.