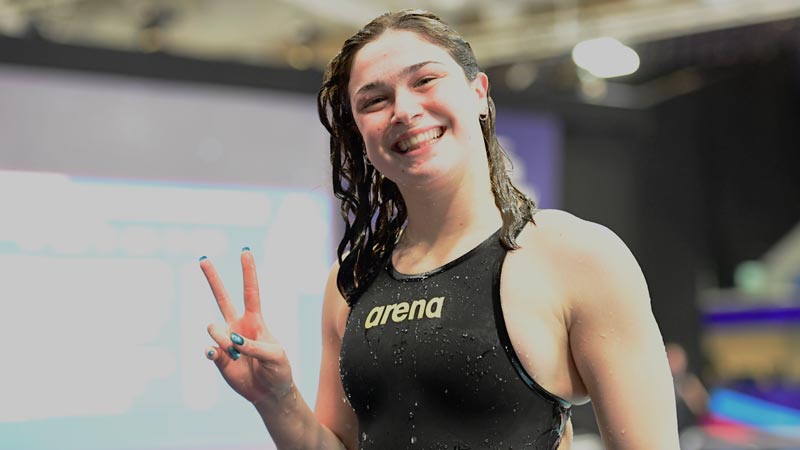 You can read the original report on SwimSwam Italia here.

Under the unique format of swimming short course meters on day 1, followed by long course meter finals the remaining days of this City of Turin Trophy, 15-year-old Benedetta Pilato busted out 2 solid performances to kick off her 2020 calendar year.

Teenager Pilato powered her way to a swift morning 50m breaststroke swim of 29.42 to top the prelims field. That time fell just .10 shy of the 29.32 she produced at the 2019 European Short Course Championships, a mark which gave her gold and a new Italian national record.

Pilato was slightly slower in the final here, hitting the wall in 29.66, but still logged the only time of the field under 31 seconds, as Anita Bottazzo was next in line for silver in 31.41.

Announcing herself to the international swimming scene last summer, Benedetta, then just 14 years old, won the silver medal in the 50m women’s breaststroke at the FINA World Championships in Gwangju.