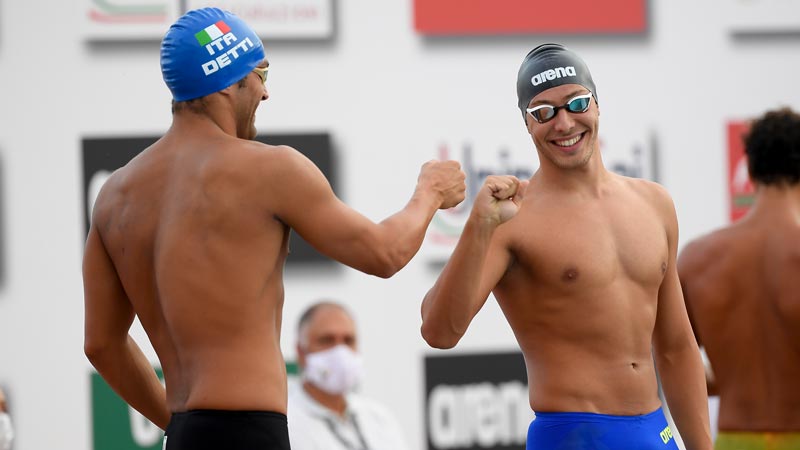 Due to the current coronavirus pandemic, the Italian Swimming Federation has decided to move the dates of its Absolute Championships. Archive photo via Giorgio Scala/DBM/Insidefoto

As originally reported on SwimSwam Italia, the 2021 Absolute Italian Championships have been moved by just a few days. Instead of spanning March 27th to March 31st, the new dates are now March 31st to April 3rd. The Italian Swimming Federation attributes the decision to the current coronavirus pandemic situation.

This championship meet serves as an Olympic qualifying opportunity for Italians, with the competition including heats and finals. Last December’s Open Championships consisted of straight-timed finals.

At the moment 11 athletes have already qualified for the Tokyo Olympics. Gregorio Paltrinieri , Simona Quadarella , Margherita Panziera  and  Nicolo Martinenghi had already obtained the Olympic time limit during the 2019/2020 season. Benedetta Pilato  and  Thomas Ceccon  have acquired the right to be summoned for swimming the time limit during the Italian Open Championship last December 2020. Martina Rita Caramignoli , Gabriele Detti , Federica Pellegrini , Marco De Tullio  and  Federico Burdisso have been called up by DT Cesare Butini last fall.