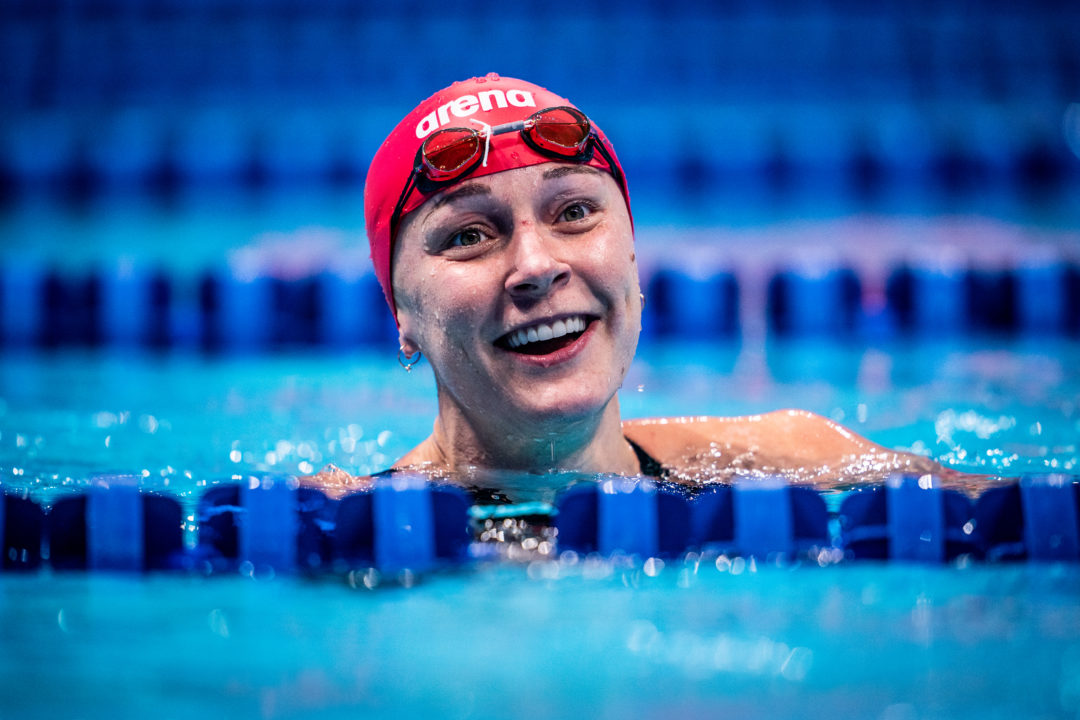 Sarah Sjostrom missed one of Energy Standard's four matches, but she's already retaken her spot as the top scorer on the team. Archive photo via Mine Kasapoglu

The regular season has wrapped, and it’s time to look at the leaders in MVP points for each of the International Swimming League’s ten franchises.

The ISL determines MVP based on individual points tallied throughout the season, so this one is more of a mathematical projection of who could move up or down the ranks in the postseason:

Apple scored 119 total points, ranking 21st among all swimmers in the regular season. DC had no one else even in the top 60, with their second-best swimmer, Amy Bilquist, scoring 87.

Szabo scored an incredible 180 points over his 2020 season, ranking 8th among all ISL athletes. Like Apple, he was the runaway top scorer for his team, almost doubling the score of teammate Nicolo Martinenghi (93.5).