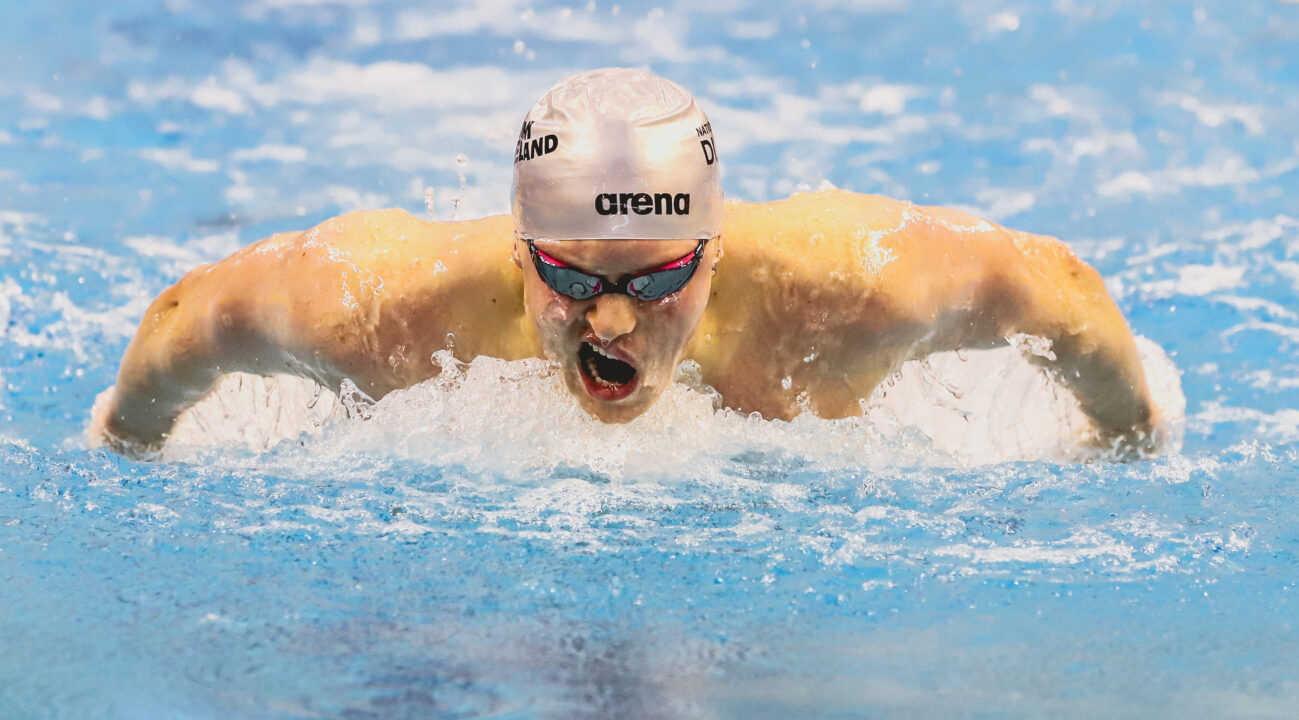 Swim Ireland has declared a roster of 24 athletes, which includes 20 swimmers and 4 divers, who will attend the European Aquatics Championships that begin on Monday in Budapest.

Swim Ireland says that their focus for this meet is Olympic qualifying, specifically for the country’s relays. The country didn’t qualify any relays for Tokyo at the 2019 World Championships – their best finish was in the men’s 400 medley, where they placed 14th, needing a top-12 result to ensure their spot in the Games.

Now they’ll need to be among the top 4 nations not already qualified during the period from March 1, 2019 through May 31, 2021. These European Championships will be the last big wave of nations chasing those spots.

In that 400 medley relay, Ireland still sits as the 2nd-best Wildcard team, but that position is a bit precarious. Italy will almost certainly cement their spot for the Olympics in this relay, and are a medal contender this week. The French men, with a healthy Mehdy Metella, and the rapidly-improving Netherlands men, both project to be at least 2:34s, if not 2:33s.

Ireland will need a National Record if they want to book their placement in Tokyo – but that’s entirely in the cards. Brendan Hyland (100 fly) and Darragh Greene (100 breast) have both set National Records in their legs already this season, and backstroker Shane Ryan is the star of the group. That leaves a lot of pressure on likely anchor Jack McMillan to push the team to an Olympic berth.

* – eligible to race at the European Championships

“For our swimmers, this event has an explicit relay focus as far as we are concerned, and the athletes are aware that this is the absolute priority for these Championships,” said Ireland’s National Performance Director Jon Rudd.

“There is nothing more honourable in our sport than representing your nation in a relay event and this team have been selected with one purpose in mind – that of Olympic relay qualification.

“The team is littered with high quality athletes, and we will be doing all we can to see at least one Irish relay team feature at an Olympic Games for the first time in 49 years.

“For our divers, it’s off a plane from Tokyo and onto a plane to Budapest in the quest for much needed international competition leading into the summer, something that we have all missed so much in the last 14 months.”

The event does not have Olympic qualification implications for diving.

“Across swimming and diving, it is a large team, and it has been selected with a clear intent and purpose.”

Swim Ireland has not set its individual event schedule yet.

Ireland’s most recent Irish Senior Record-holder Finn McGeever will also be making his debut appearance at a European Championships, as will Gerry Quinn, Naomi Trait, Erin Riordan and Max McCusker.

McGeever, who trains at National Centre (Limerick), earned his first Irish Senior Record at the Irish National Team Trials last month with a surprise 3:53.83 in the 400m Freestyle.