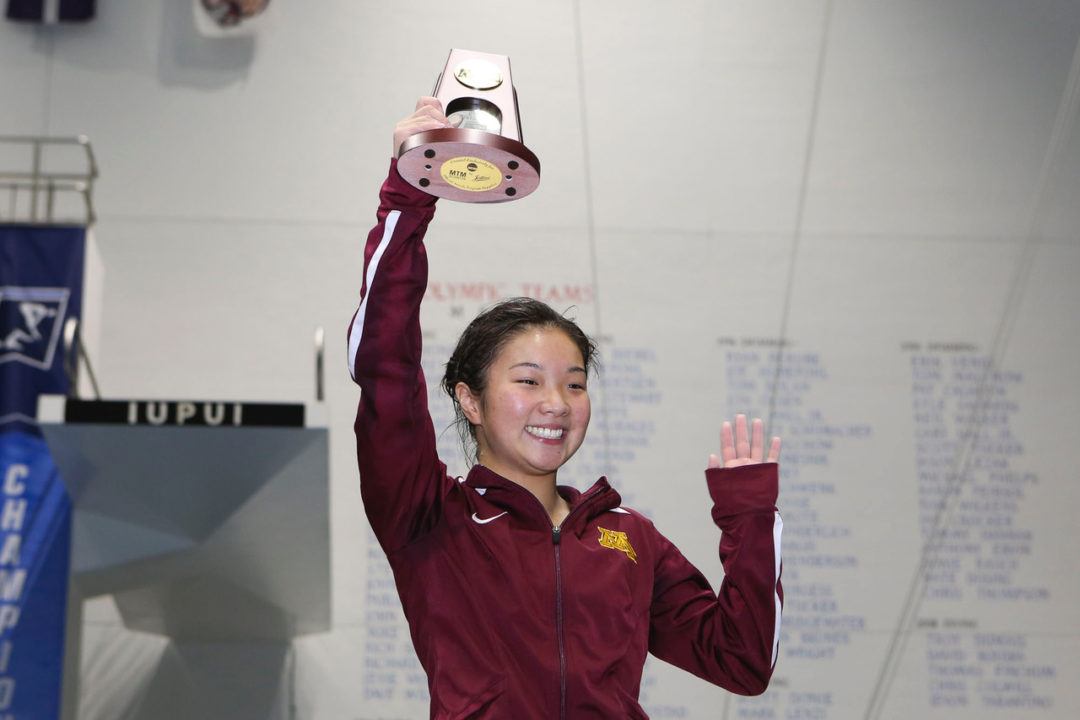 King successfully defended her 2016 breaststroke titles with wins in both races this season. In the 200, she reset her own American, NCAA, and U.S. Open records, while she snagged the meet record in the 100. King became the first Big Ten swimmer or diver in history to win a collective four individual NCAA titles last week, and she was the first woman to win both breaststroke titles two years in a row since USC’s Rebecca Soni did so in 2008 and 2009.

Zhou wins her third-straight B1G diver of the year award. The senior won the 3-meter diving at NCAAs and finished 4th in the 1-meter, after winning both events at Big Tens.

This is Chen’s third-straight B1G coach of the year award. He had three divers score at NCAAs, including an NCAA champ in Zhou and a runner-up in freshman Sarah Bacon, and also coached senior Lexi Tenenbaum to a CSCAA NCAA diver of the year award. His divers contributed 95 points to Minnesota‘s 10th place campaign last week.