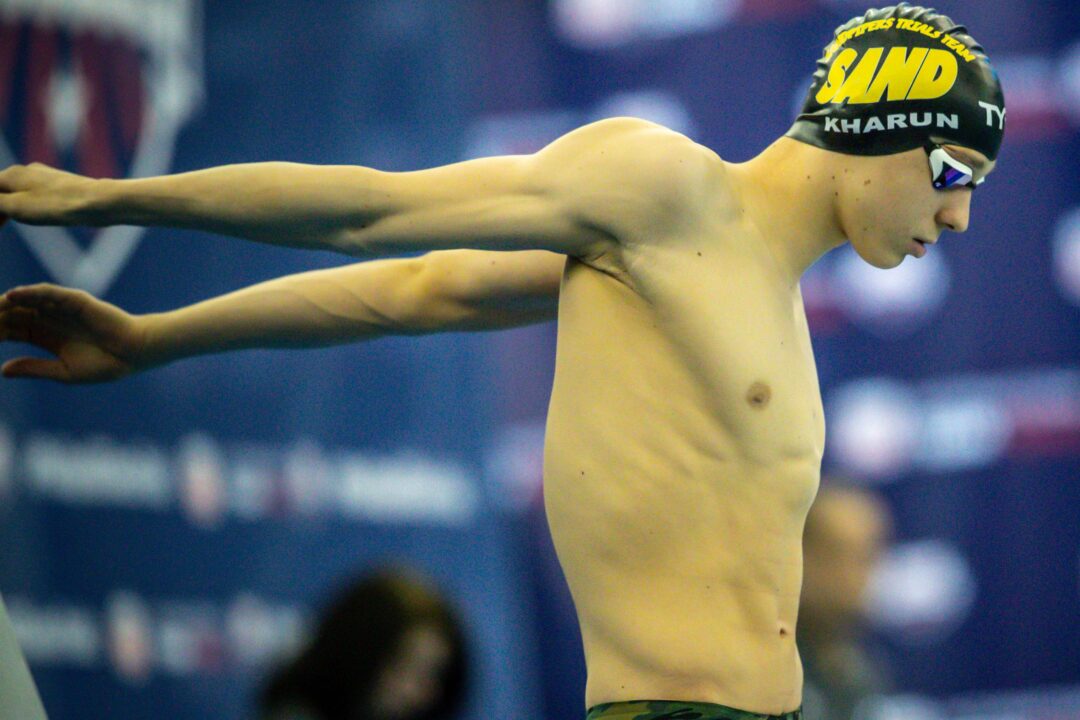 In the last event on Night 2 of the Indianapolis FINA World Cup stop, Ilya Kharun finished third in 1:51.70, setting a new Canadian record. This marks his second Canadian record in as many days: on night 1, he broke Josh Liendo‘s record in the 100 fly and brought the record under 50 seconds for the first time. With this swim, he broke Javier Acevedo‘s record of 1:52.93, which he set in December 2021. This time also stands as up as a new Canadian age group record for the 17-year-old Kharun.

While this is Kharun’s second Canadian record, he is still in the middle of his first meet representing Canada internationally. A Canadian citizen, Kharun was originally named to the USA’s 2022 World Junior Championships team but was removed to due an issue with his citizenship. A few weeks later, Kharun was named to Canada’s roster for the 2022 Short Course World Championships, where he’ll make his national team debut.

Many expected Kharun, who’s commited to swim at ASU, to break this record, as he was only .06 seconds off the mark with his prelims swim. As you can see, Kharun opened the race much faster than Acevedo did. Though he split slower on the middle 100 than the former Georgia Bulldog, he still maintained his lead over the former record because of his front end speed.

Wow Sandpipers crushing it at this meet…

Wow. What a great addition to Team Canada. Welcome, Ilya!

C´mon Ron, it´s getting ridiculous at some point

Can you imagine the post-meet de-brief?